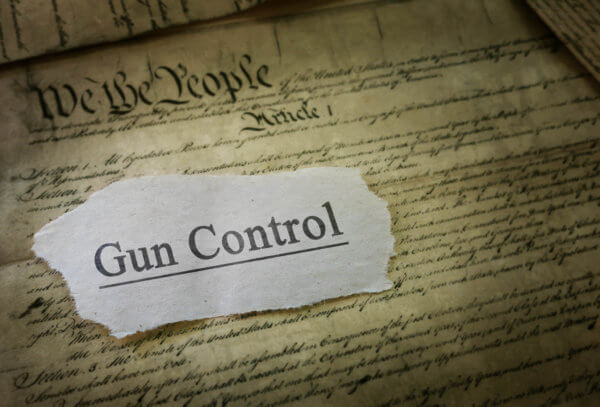 [Ed: This was first published July 19 in SCOPE-NY’s ‘Briefings’ as “New York — New York Laws.” These provisions are surely unconstitutional but that’s beside the point to New York’s all Democrat government.]

In her abyss of wisdom, unelected Governor Kathy Hochul disagreed with SCOTUS and the constitutionally protected right of self-defense, so she called an emergency session of the NY legislature to pass quickly-developed, poorly thought-out laws under a “Finding of Necessity” – which is only supposed to be used for true emergencies.

New York’s legislature and its governor declared war on self-defense and the U.S. Constitution.  Do Hochul and her Democrat counterparts care that much of the laws passed violate the three SCOTUS decisions referenced?  They will care only if it costs them victory in the next election.  That is the only action to punish Hochul and her friends that believers in the U.S. Constitution have available.  Sue the Democrat leadership or Hochul and New York State defends them on the taxpayers’ dime.  If Hochul and company lose, NY State pays the damages and Hochul and company continue in office.

Since they are effectively immunized from any retaliation except by the vote, Hochul and company are free to fight to neuter-the-2nd-Amendment .  They are attacking on many fronts under their newly passed laws.

Make the financial cost of a gun too expensive for most people:

The new laws require 16 hours of training including 2 hours of live fire with proficiency standards.  Estimates vary but figure on $400 for the training plus ammunition.  Already a concealed carry permit holder?  You will also have to complete this course.

Most will probably have to take time off from work to fulfill these bureaucratic’ requirements.

The requirements to be a trainer have yet to be established but – let’s go out on a limb and say that – NRA instructors need not apply.

If you leave your gun in your car, it must be in a safe storage container and out of sight.  Costs start at $150 and go up.

You must use a “safe storage depository” with a key, keypad, or some other locking mechanism. Retrieve the gun in a timely fashion in an emergency?  Not likely.

Keep the stored gun out of sight?  What if the gun is a rifle or shotgun?  Not so easy and maybe impossible.

Microstamping will be required, even though it is ineffective and easily defeated by criminals.  But it will add to the cost of the gun

Note: there are numerous other proposed laws to add to the cost of owning a firearm such as an $800 yearly liability insurance premium and a 1,000% tax on firearm sales!  So much for self-defense being practiced by the poor.

Make the licensing process so bureaucratic that applicants will not try:

“Four (4) character references who can attest to the applicant’s good moral character and that such applicant has not engaged in any acts, or made any statements that suggest they are likely to engage in conduct that would result in harm to themselves or others.”

Who will be willing to attest (not saying “to the best of their knowledge”) about every act or statement you may have made?  And if you should happen to commit a crime at some later date, can these people be sued by the victim?

Recertify every 3 years instead of the current 5 years.

A misdemeanor driving while intoxicated conviction within the last 5 years may not cost you your driver’s license but it will cost you your firearms permit.  Apparently, Hochul believes it is better to run over people than shoot them.

A license is now required to purchase or take possession of a semi-automatic rifle and you must be 21 years of age.  However, if you are not 21, you can still vote, have an abortion and decide to change your gender.

I could go on, but you get the idea.

Drive retailers out of business so fewer legal places exists to buy a firearm in NY while driving up prices in gun stores that remain open:

The dealer must remove dozens of firearms from display and store them in some secure area every night and then put them back on display in the morning.  (Will this encourage retailers to stay open 24/7/365 as a cheaper alternative?)

“…ammunition shall be stored separately from firearms, rifles and shotguns and out of reach of customers.”

Another separate nightly secured storage area for ammo?  During store hours, add another clerk to wait on customers who formerly waited on themselves.

Add several thousand per year extra costs for this but…a windfall profit for security system operators.  (Is it possible there was some greasing-of-palms to get this included?  Nah.  Never in New York.  [Sarcasm intended again.])

“The Gun Writer” reports that in the years before the Biden-Harris administration took over the White House, the ATF usually revoked an average of 40 Federal Firearm Licenses per year. But, in the 18 months since Joe Biden declared war on “rogue gun dealers,” the ATF has revoked 273 FFLs.

Free speech used to include the right to be silent.

Per NYS: A person is guilty of criminal possession of a weapon in a restricted location when such person possesses a firearm, rifle, or shotgun and enters into or remains on or in private property where such person knows or reasonably should know that the owner or lessee of such property has not permitted such possession by clear and conspicuous signage indicating that the carrying of firearms, rifles, or shotguns on their property is permitted or has otherwise given express consent.

This put non gun retailers in the middle of something not of their choosing, when they only want to sell their product. If a retailer posts a pro-2A sign, they may anger the anti-2A element.  Not post a sign, and gun owners may be angry.

The Gun Clubs will now have to post a sign that guns are welcome or members have committed a crime by bringing a gun to the gun club.

Also included is a long list of areas that are specifically labelled gun free zones.  For instance, the NY City subway system is filled with crime, including violent assaults.  But everyone, including the elderly and women, will just have to take the beating and then testify later in court – if they dare and are still alive

Have any of these geniuses in Albany noted that shootings happen in gun free zones?

You are a felon and don’t know it:

Violate most of these new laws and you become a criminal, probably a class E felon. The “opportunity” to become a felon might discourage one from getting a firearm, since there are now so many “opportunities”.

All DRGO articles by Tom Reynolds