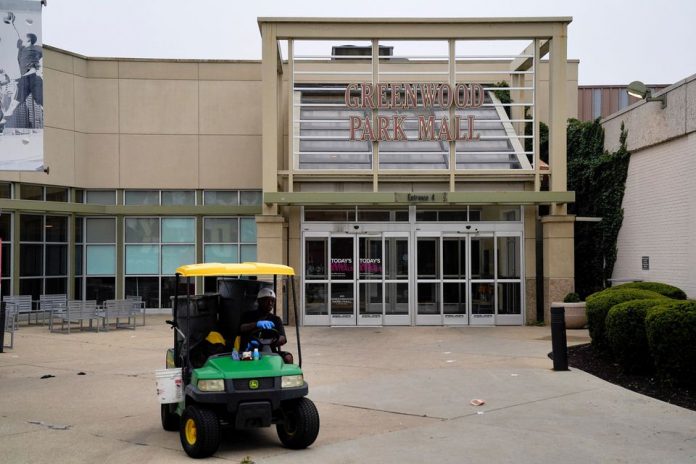 First off to avoid any confusion, we’d like to say that no law was violated by who police are calling the “Good Samaritan”. In Indiana, as well as many other states, if a company decides to institute a policy for their private property that disallows legally carried firearms, they’re welcome to. That policy, if broken, means that upon discovery of this company policy violation, the violator must immediately leave when asked, or be trespassed. Generally, trespassing isn’t a major crime, but the seriousness of that escalates when one is armed, so while it’s always a good idea to leave private property when asked, it’s even moreso in such a situation.

So no, he wasn’t carrying illegally, he was flaunting a policy on par with “No Shoes, No Shirt, No Service”. In fact, the shooter with the rifle wasn’t in violation of the law either, up until he levelled his weapon at innocents with malicious, criminal intent. So now that that’s settled, we can stop braying about charging the person who stopped what could easily have been an even worse tragedy with a crime that doesn’t exist, and focus on what actually happened.

Which is precisely that the “Good guy with a gun” narrative was borne out in dramatic fashion. After weeks of holding up the Uvalde police’s complete breakdown in command and control as an exemplar of how wrong the RTKBA community is about the net good that gun ownership is to our society, this tragedy-cut-short lands firmly in their lap, handily proving them wrong. Does this cause any introspection, reconsideration, or really just… thought?

One can dream apparently, but no.

What it has caused the anti-gun proponents in this country and abroad to do, is to continue to ignore the fact that the Uvalde PD has clearly demonstrated that while they do indeed have guns (lots of them), they are the furthest thing from a group of “good guys”, and call for punishing an actual good guy who stopped a mass murderer.

Admittedly, Uvalde PD should probably all resign, publicly apologize for their abject failure to do even the bare minimum expected of peace officers in such a situation (ignoring over 2 decades of established best practices) and find a different career, but that doesn’t change the reality in Indiana one iota. Is the Uvalde tragedy the result of publicly attempting to defund and demoralize police in this country? Is it the result of the well-known and discussed issue of lackluster, often absurdly minimal police training? Is it just a small town department with an incompetent leader? In truth it’s probably a shit footlong with a hefty dose of all of the above, but what’s missing here is any sort of introspection or analysis of the situation by the media and gun control proponents amplified by them, instead parroting the same line regardless of the context.

Disgusting? Yeah, absolutely. Depressing? By the truckload, yes. Surprising? Unfortunately not in the slightest, if you pay attention to the schizophrenic positions they’ve been pushing. The most obvious example is the fact that many working against the 2A seem to think you can defund the police while instituting sweeping gun control laws, up to and including confiscation.

Let’s do a little thought experiment, shall we?
If: Law enforcement in America is racist, classist, too heavily armed, and too quick to violence, particularly against POC/LGBTQ+,
And: Gun control proposals like an “assault weapons” ban require the expansion of police powers to detain, investigate, and arrest violators, as well as confiscate such arms from those who flaunt the law, by force if necessary,
Then: The ACAB/Ban Guns crowd are proposing to expand and empower a heavily armed, overly violent group who is murdering minorities, and whose gun control enforcement efforts will necessarily involve over-policing marginalized groups of Americans.

So in summary, the exact thing we are told never happens in this country, happened in what preliminary reports seem to indicate was a wildly heroic and dramatic fashion, and the messaging doesn’t pause, shift, or change in the slightest. Reality is substituted with a narrative-friendly fiction that “cops are bad, but also the good guys”, and “they should be defunded, but also expanded to enforce laws I like”. They continue plowing the same field of dust and rocks, expecting it will magically produce. Unfortunately, as polarized as this country is, it will likely yield a bountiful crop of votes no matter how absurd it is.

If this depresses you as much as it does us, do your best to reach out to people you know in real life who aren’t as pro-gun as you, and have an honest, respectful, civil discussion with them about why you disagree. If you want to hear an thorough dissection of how to accomplish exactly that, check out an amazing breakdown of the topic by the PHLster crew. It’s not an easy thing to do, but personal connections like that are the only thing that can penetrate the wall of media bullshit and willful ignorance that propagates this sort of mindset. Godspeed, and good luck.