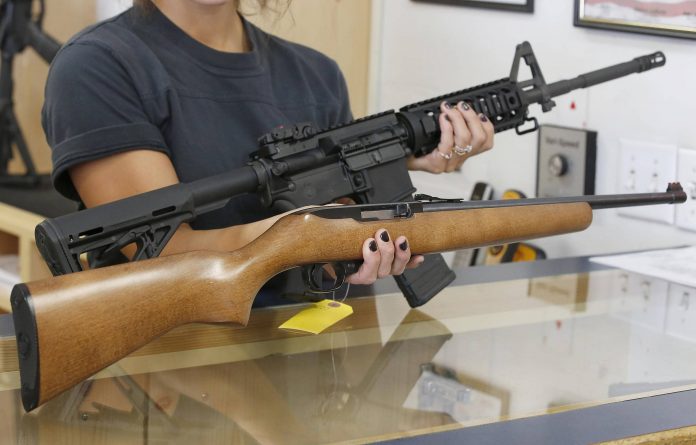 It almost seems like Governors all across the United States are looking to make some shift in gun laws in the wake of multiple mass shootings. Governor Hochul looks to make it tougher for people to purchase AR-15 style rifles in New York. Continue reading more on this topic from WRRV:
From WRRV:

Guns are a sensitive subject in the country. Some use them for hunting and others see them as a tool for self defense against an intruder. Many gun owners see the 2nd amendment as a necessary check against the threat of a tyrannical government. According to Pew Research Center, in 2017 almost 70% of adults said they did not have a gun.

The same research shared that handguns are the most common firearm owned followed by rifles and then shotguns. Almost all handguns are semiautomatic meaning that a bullet fires from the chamber with each pull of the trigger. Several rifles and shotguns function this same way and are made to fire different of calibers.

A few weeks ago Governor Hochul announced on Twitter that she was going to introduce legislation that would make it more difficult to buy an AR-15 style rifle. Most gun owners had a feeling about what was coming. These new rules would only make it harder to buy all semiautomatic rifles because they all operate the same way.

Governor Kathy Hochul signed a legislation package that would strengthen the gun laws in New York State. A few of the bills include new rules such as raising the age to purchase a semiautomatic rifle by anyone under  21 years of age and the purchase will now need a permit.