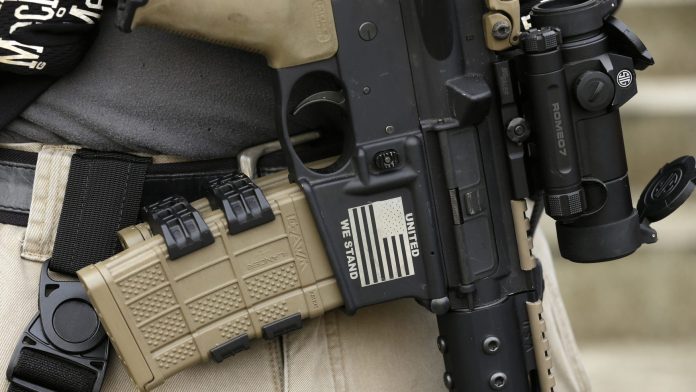 Rhode Island leaders are aiming to pass three major gun bills this week one including the minimum age to purchase a firearm and ammunition. Amongst these bill there will also be a ban in place to lower magazine capacity to 10 rounds per magazine. Continue reading more from Providence Journal below.

PROVIDENCE — Out of the gun tragedies of recent weeks has come an apparent agreement in the leadership ranks of the Rhode Island legislature to pass three high-profile gun bills, including a ban on large-capacity magazines.

The three bills the House Judiciary Committee has posted for votes on Thursday include measures to:

• Ban high-capacity magazines containing more than 10 rounds of ammunition that can be “fed continuously and directly … into a semi-automatic firearm.”

•Raise the age from 18 to 21 for lawful purchase of firearms or ammunition.

It is not yet clear whether there will be additional amendments between now and Thursday.

Also unclear initially: whether the Senate leadership team had been able to line up the votes needed to pass the package in the Senate Judiciary Committee, where a majority of the members had “A” ratings from the NRA in 2020.

But Senate spokesman Greg Pare conveyed this late-day message on Tuesday: “We expect that the Senate Judiciary Committee will post later today for a vote on [next] Tuesday. The Senate president supports the bills and we expect that they will receive committee approval.”

Added House Speaker K. Joseph Shekarchi: “The House and Senate [have] been working very closely together on this issue. I support the three bills that have been posted in the House Judiciary Committee.”

In response to the postings, Gov. Dan McKee tweeted: “It’s time for action. Pass these bills. I’m ready to sign.”

“We are thrilled that a vote is scheduled for these bills which will protect our children, our families, and our communities from gun violence,” said Sydney Montstream-Quas, the chair of the Rhode Island Coalition Against Gun Violence of the House postings on Tuesday afternoon.

And “we are grateful that Speaker Shekarchi is willing to move these lifesaving bills this session. Tolerating the status quo of gun violence is not an option.”

This, however, was the response from Frank Saccoccio, the lead lobbyist for the R.I. 2nd Amendment Coalition to a Journal inquiry:  “No comment.”

The R.I. Firearm Owners’ League followed with this Facebook alert to its followers:  “There you have it. Magazine confiscation in Rhode Island will start in roughly 180 days.”

Added the R.I. Revolver and Rifle Association: “As you are watching your rights be tossed away with the stroke of a pen … remember we still have 36 House seats running UNOPPOSED and 21 Senate seats UNOPPOSED! We need candidates to run against these progressives!”

The posting of the three gun bills for votes follows opposing State House rallies last week by advocates on both sides of the gun divide. They also come one day after New York Gov. Kathy Hochul signed a new law banning people under 21 from buying semi-automatic weapons.

Not every bill in the five-bill package hailed by gun-control advocates made it to the House Judiciary calendar. A proposed assault-weapon ban – and a bill requiring the safe locked storage of firearms when they are not in use – did not make it.

But the bills that did make it represent three of the top-five priorities, cited by the phalanx of legislators, statewide officers and union leaders who gathered at the State House last week to demand action in Rhode Island in the wake of mass shootings by lone gunmen  in a Texas elementary school and a supermarket in Buffalo, New York.

Most of the reaction so far from gun-rights activists has focused on what a person who currently owns a large-capacity feeding device would be required to do, when and if the proposed ban becomes law.

Within 180 days, the legislation would require the owner to permanently modify the large capacity feeding device such that it cannot hold more than 10 rounds of ammunition; surrender the large capacity feeding device to a municipal police department or the Rhode Island State Police or transfer or sell it to a federally licensed firearm dealer “or person or firm outside the state of Rhode Island that is lawfully entitled” to own it.

As written, there would be exemptions for active and retired law-enforcement officers and active duty members of the Armed Forces of the United States or the National Guard who are “authorized to possess and carry such a feeding device.”

In a related end-of-session development, the House Finance Committee posted the state budget for a potential vote Thursday.

The latest reworked version of the $12.8-billion proposal that McKee proposed in January has not yet been made public.

Asked if there was an agreement yet between House and Senate budget negotiators, Ruggerio said: “We are close. Close but no cigar.”