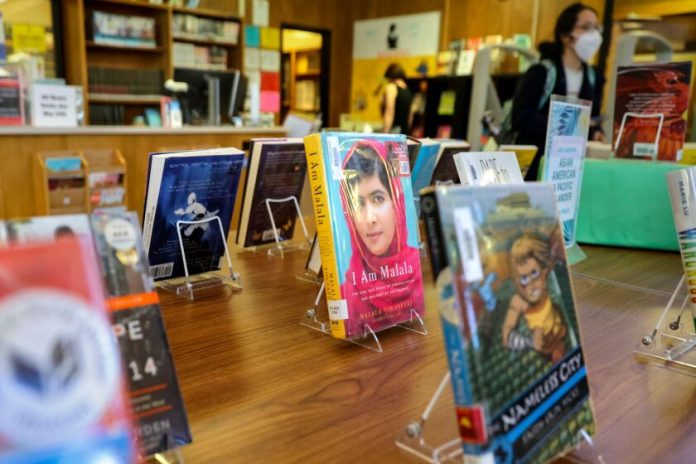 For some time now there have been discussions over banning books in schools. Some say it is necessary to protect students from inappropriate material, while other claim it’s an excuse to avoid teaching uncomfortable truths about our history. Continue reading this story from Desert News:

The Supreme Court has long recognized that students have their own First Amendment rights in school.

Removing books from school libraries, as some parent groups and individuals in Utah have pushed local school boards and administrators to do this school year over what they deem inappropriate content, “can constitute an official suppression of ideas, in violation of the First Amendment,” says a new memo sent to schools by the Utah Attorney General’s Office.

The memo summarizes applicable statutes and case laws as district and charter school boards work to either draft or update their library policies and procedures in the wake of requests that schools remove books or other materials that some say are not age appropriate or contain harmful materials.

The Utah State Board of Education is continuing work on a draft policy intended to provide district and charter school boards a framework for creating or updating their policies. The board’s Law and Licensing Committee deadlocked on a handful of proposals during its meeting late last week and referred the matter to the full board. The board’s next regularly scheduled meeting is June 2 and no meeting is anticipated in July.

Meanwhile, school districts are working to ensure their practices and policies comply with HB374, sponsored by Rep. Ken Ivory, R-West Jordan, and passed during the 2022 session. The legislation defined certain instructional materials as “sensitive materials” and prohibits them in schools. It also requires schools to include parents who are “reflective of a school’s community” when determining whether an instructional material is sensitive.

The legislation also requires the State School Board in consultation with the Utah Attorney General’s Office to provide guidance and training to local schools identifying sensitive materials.

Addressing the Law and Licensing Committee, Ivory reminded members that lawmakers, with the governor concurring, declared that pornography is a public health hazard. “I think we all should be involved in making sure that these public health impacts and societal harms are not borne upon our children, that we not put them at risk of these harms,” he said.

Carol Lear, chairwoman of the board’s Law and Licensing Committee, said the board’s work on a model policy is ongoing.

The memo from the Utah Attorney General’s Office, which represents the school board, is “helpful in that it reminds schools that there are laws and court cases that must be followed in maintaining or removing books from school libraries. Students’ First Amendment rights to have access to certain library books and materials can’t be decided by a majority vote of parents at a school,” Lear said.

The memo was drafted by Assistant Attorney General Ashley Biehl in the office’s Education Division.

The justices concluded in the 1969 decision that students and teachers do not “shed their constitutional rights to freedom of speech or expression at the schoolhouse gate.”

The case notes, “The vigilant protection of constitutional freedoms is nowhere more vital than in the community of American schools.”

While other case law determined local school boards have broad discretion to manage school affairs, “such discretion must be exercised in a manner that comports with the transcendent imperatives of the First Amendment. … (T)he special characteristics of the school library make that environment especially appropriate for the recognition of such rights.”

The memo goes on to say that the Supreme Court has stated that “students must always remain free to inquire, to study and to evaluate, to gain new maturity and understanding.”

The high court has described the school library as the “principal locus of such freedom,” the memo states.

Ben Horsley said the Granite School District has received a fairly steady number of requests to remove books or other materials from schools over the years but there was a noticeable uptick following the Utah Legislature’s passage of HB374.

Horsley said Granite officials are “anxious to get their (the AG’s and state board’s) insights as we do have 32 books that have recently been requested for reconsideration,” he said.

Granite District has a “robust process that engages parents as part of that process. But we are obviously, in light of HB374 and this new guidance from the AG’s office and state board, looking at how that might be retooled,” Horsley said.

Horsley said Granite School District is highly diverse and “we want to make sure that we’re meeting or providing opportunities for every student.”

At the same time, the school district will comply with state law and its own policies that declare materials must be suitable for minors, he said.

“We moved on it quickly in the fall to be responsive to our community. We felt at the time, and continue to feel, that it was not an issue that could be placed on the back burner. We needed a clear, strong policy, and we think we have accomplished … that,” he said.

Even though the district has an updated policy, the AG’s memo has been “instructive,” he said.

When patrons requested removal of nine titles from Canyons District school libraries, the district paused circulation of the titles pending the policy update. The books were then evaluated according to criteria established in the new policy.

“L8R G8R” has been de-selected through the review process and removed from the district’s catalogues, he said.

After reviews by teacher-librarians, the following titles will be retained in catalogues: “Out of Darkness,” “The Bluest Eye,” “Monday’s Not Coming,” “Opposite of Innocent” and “Beyond Magenta.”

The teacher-librarians are currently reviewing six other books in response to community requests for reviews under the new policy, he said.

In addition to case law, the memo includes state statutes that define materials that are harmful to minors.

“‘Harmful to minors’ means that quality of any description or representation, in whatsoever form, of nudity, sexual conduct, sexual excitement, or sadomasochistic abuse when it:

The memo says that a book must meet all three factors to be considered harmful to minors.