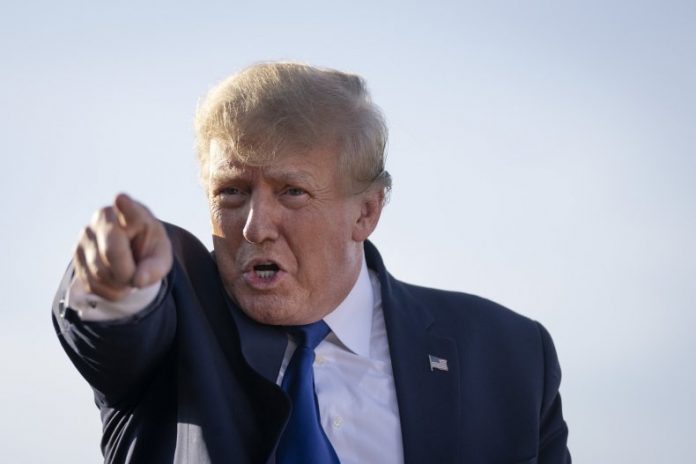 With plenty of midterm campaigns underway voters are just now preparing to tune in as we head into the summer. A group of Republican leaders are using Trump’s strategy against the candidate he endorsed Dr. Mehmet Oz. Continue reading this story from Newsweek:

Former President Donald Trump has long attacked his GOP opponents by calling them RINOs, or Republicans in Name Only, but now Republicans are using the same tactic to target Trump’s Senate pick in Pennsylvania.

A group of local Republican leaders in Pennsylvania has signed a letter urging voters not to cast their ballot for Dr. Mehmet Oz, who Trump endorsed in the primaries last month.

“No more RINOS!” the letter reads.

Trump has frequently used the term to describe his critics within the Republican Party, including those who refused to challenge the results of the 2020 election and Congress members who voted to impeach him in the wake of the January 6 Capitol riot.

The term “RINO” has historically been used by conservative Republicans who believe a member of their party is not loyal enough to the party’s ideology. It emerged shortly after Democrat Bill Clinton won the presidency after 12 years of Republican rule.

But since beginning his political career, Trump has almost exclusively used the term to hit those disloyal to him.

“In previous decades, a Republican risked getting tagged as a RINO for supporting tax increases, gun control or abortion rights,” Politico’s national political correspondent David Siders wrote. “Today, in a reflection of the GOP’s murkier ideological grounding in the Trump era, it’s a term reserved almost exclusively for lack of fealty to Trump.”

The letter from Pennsylvania noted that while the group was not criticizing Trump, going so far as to add that he’s “done great things for Pennsylvania Republicans,” they said that Oz’s record is not aligned closely enough with the GOP.

“Dr. Oz’s record on core Republican issues including pro-life, 2nd Amendment, and America First is just too liberal for Pennsylvania Republicans,” the letter reads. “We welcome people to register, grow our party, and join in to promote our values. However, that does not mean we should turn our U.S. Senate nomination over to a candidate who so recently transformed his beliefs. It is just a bridge too far.”

The Republicans in Pennsylvania are not the first Trump supporters to speak out against his endorsement. Several conservatives took to Twitter shortly after the announcement to bash the former president for endorsing “Romney 2.0”

“Oz is the antithesis of everything that made Trump the best president of my lifetime—he’s the farthest thing from America First & he’d be very bad for PA,” Sean Parnell, the former front-runner in the Senate race, said.

Parnell had received Trump’s endorsement back in September, but he suspended his campaign two months later amid allegations of domestic abuse. He has endorsed Oz’s closest rival, CEO David McCormick.

McCormick has also used the questions surrounding Oz’s conservative values as a key strategy in his campaign.

“He is flip-flopping, and the problem, Doctor, is there is no miracle cure for flip-flopping,” McCormick said during an April GOP debate.

While it was previously reported that Oz was a member of his local GOP chapter in New Jersey, his bid for Senate is his first stint in politics.

The doctor, who is known to promote pseudoscience and alternative medicine, used to host the daytime syndicated talk show The Dr. Oz Show.

In his April 9 endorsement of Oz, Trump said the doctor “is Pro-Life, very strong on Crime, the Border, Election Fraud, our Great Military, and our vets, Tax Cuts, and will always fight for and support our under-siege Second Amendment. He will ensure America will become Energy Independent again.”

“I have known Dr. Oz for many years, as have many others, even if only through his very successful television show. He has lived with us through the screen and has always been popular, respected, and smart,” Trump said.

The former president is expected to stump for Oz at the Westmoreland Fairgrounds on Friday ahead of Pennsylvania’s May 17 primaries.