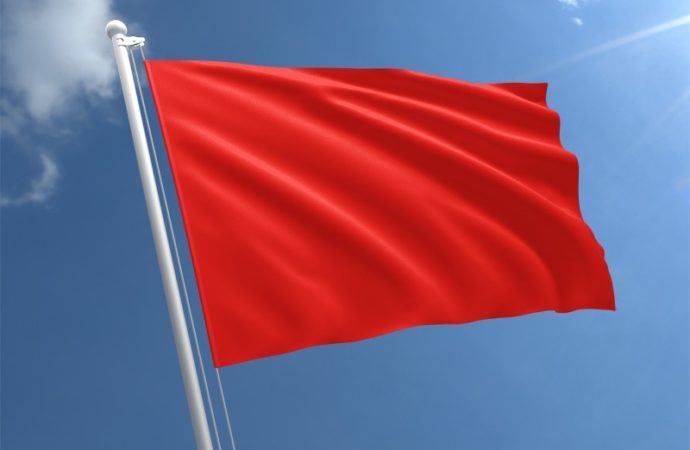 “Red flag Laws”, which allow police to seize the firearms of people accused of being at risk to misuse them, have been passed in 19 states. Do they do what proponents say they do? A recent study by Veronica Pear, PhD and Garen Wintemute, MD, and co-authors says the answer is clearly, “No”. It appeared as “Firearm Violence Following the Implementation of California’s Gun Violence Restraining Order Law” on JAMA Network April 5.

In looking at California’s Red Flag law they used methods that are better than those of earlier similar studies. They focused especially on San Diego, whose city attorney was a strong proponent of Red Flag Law use and looked at what changed when California’s Red Flag law went into effect. Using data from hospital reports they studied injuries due to aggressive use of guns. They looked as well at self-harm using guns, again reviewing hospital reports.

Based on data from a number of California counties, trends through the years 2005-2015 were determined regarding aggressive use and self-harm. The authors wanted to see If adopting California’s Red Flag law was followed by a reduction in these incidents below the trends predating the law’s going into effect, which occurred in 2016. Examining 2016-2019 they found that neither aggressive use of firearms nor self-harm from gun use was reduced by the new law. In fact, they found that after the introduction of the law the number of acts of self-harm involving firearms exceeded the prediction, although this result was not statistically significant.

The authors say that their methods were more rigorous compared to others who have examined these questions. Another strength of their study was that itincluded injuries rather than just deaths. They emphasize that one factor in finding no change following the new law may be the availability of illegal guns: if the government takes away guns held legally, those who want to harm themselves or others may seek to obtain guns illegally.

Proponents stress their potential to prevent harm although, as this study by Pear and associates indicates, this is highly questionable. At the same time, the threats to Constitutional rights are minimized or ignored, which go beyond just threats to the Second Amendment. These threats include undercutting the right to due process. Is the person whose gun may be seized entitled to the presumption of innocence? What is the standard of proof – clear and convincing evidence? Or just a preponderance of the evidence? Is the subject entitled to legal representation? Shall rules for the admissibility of evidence be followed?  Readers can no doubt think of other similar questions.

Strangely, if a Red Flag process leads to your losing your guns in Indiana, they may be destroyed! If you lose your driver’s license, is your car crushed? If you’re disbarred, are your law books burned?

Throughout their report Pear et al stress the shortcomings of laws in preventing violence, and with regard to aggression the authors pay little attention to the perpetrators.

The NRA has seemed to tread cautiously on Red Flag Laws. This may involve not wanting negative press regarding this issue to contaminate efforts to support the Second Amendment in other ways. The NRA has at least called attention to the due process issues, some of which are noted above.

The bottom line: There’s little to recommend Red Flag Laws. The findings of this study reinforce what gun owners have been saying all along. The surprise is that it comes from Wintemute’s group, which usually finds ways to endorse firearm restrictions.

—Thomas E. Gift, MD is a child and adolescent psychiatrist practicing in Rochester, New York, an associate clinical professor of psychiatry at the University of Rochester Medical School, and a Distinguished Fellow of the American Psychiatric Association.