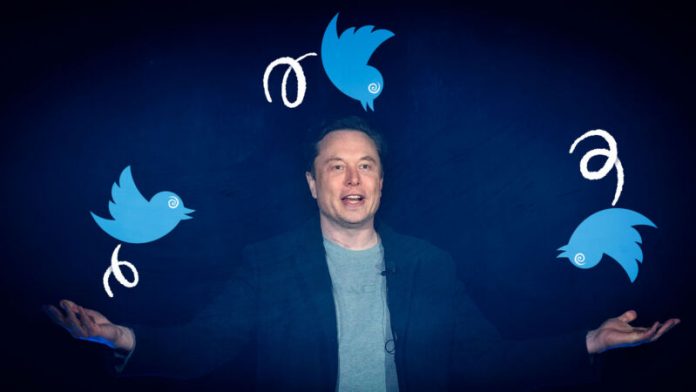 By “free speech,” I simply mean that which matches the law. I am against censorship that goes far beyond the law.

If people want less free speech, they will ask government to pass laws to that effect. Therefore, going beyond the law is contrary to the will of the people.

There are multiple ways to interpret Musk’s statement as it relates to United States law, particularly the First Amendment. One interpretation is that Musk doesn’t need to change Twitter at all to prevent “censorship that goes far beyond the law.”

The First Amendment says that “Congress shall make no law… abridging the freedom of speech, or of the press; or the right of the people peaceably to assemble, and to petition the Government for a redress of grievances.” The wording prevents the government from restricting speech, but courts have ruled that it does not prevent private companies from doing so.

In fact, judges have ruled that private companies like Twitter have a First Amendment right to moderate content. Both Florida and Texas tried to enact laws that would force social networks like Twitter and Facebook to scale back their content moderation. Judges blocked both state laws from taking effect, ruling that the laws violate the companies’ First Amendment rights to moderate their platforms.

In that sense, Twitter’s content moderation—including restricting tweets and banning certain accounts—already “matches the law” on free speech in the US. But Musk clearly thinks Twitter’s content moderation is often a violation of free speech. His statement that free speech on Twitter should “match the law” may thus mean he thinks Twitter—like the US Congress—should not impose rules and policies that Musk deems to be “censorship.”

US law doesn’t say that Twitter must avoid such rules and policies, so Musk seems to want free speech that goes beyond what US law requires. Musk could achieve his goal by changing Twitter’s policies on what types of content are banned and by changing the algorithms that Twitter uses to promote or limit the visibility of certain tweets.

Of course, free speech laws vary by country, with the US being notable for not having many government-imposed limits on people speaking their mind. Twitter faces different laws around the world—China blocks Twitter, for example. In Europe, Twitter will face a new set of rules on moderating illegal and harmful content.

Musk’s statement that “if people want less free speech, they will ask government to pass laws to that effect” doesn’t match the reality of countries that impose significant limits on free speech. Repressive governments that highly restrict speech generally aren’t doing so because the people they govern have “ask[ed] government to pass laws to that effect.” Examples include China’s extensive Internet censorship system and Russia’s crackdown on news coverage of Putin’s invasion of Ukraine.

Musk recently suggested he would defy governments that demand speech restrictions, writing that “Starlink has been told by some governments (not Ukraine) to block Russian news sources. We will not do so unless at gunpoint. Sorry to be a free speech absolutist.”

But Musk’s new statement defining free speech as “that which matches the law” suggests a different approach in which he’d be willing to restrict speech in any country where the government requires him to do so. Using Musk’s explanation of free speech, a government law that prohibits certain kinds of speech is just “the will of the people.”

In another tweet after completing his deal with the Twitter board, Musk wrote that “Truth Social is currently beating Twitter & TikTok on the Apple Store,” referring to the Donald Trump social media venture that was purportedly designed as a haven for free speech but has been plagued with technical problems. In a followup tweet, Musk wrote that Truth Social “exists because Twitter censored free speech.” Trump launched Truth Social after being banned from Twitter for inciting violence. Trump also sued both Twitter and Facebook for banning him, but he doesn’t seem likely to win that case.

Musk exercised his right to free speech in 2018 by claiming a diver who helped rescue boys trapped in a Thailand cave was a “pedo guy.” Musk was sued, but a jury found him not liable for defamation.

Musk provided one example of what he considers censorship Tuesday, writing that “suspending the Twitter account of a major news organization for publishing a truthful story was obviously incredibly inappropriate.” As The Washington Post noted Wednesday, Musk was referring to an October 2020 incident in which “Twitter temporarily blocked a New York Post story on Democratic nominee Joe Biden’s son Hunter that it said violated a policy against posting hacked materials. The company did not suspend the entire news organization but did prevent it from tweeting for a period of time.”

In that case, Twitter quickly changed its policy on sharing hacked materials after facing criticism for blocking links to the New York Post story, so Musk’s criticism referred to a policy that no longer exists.

Musk agreed to limits on his tweets in acquisition deal

Musk, who has tried to get out of a 2018 settlement with the Securities and Exchange Commission that requires Tesla to impose controls on his social media statements, actually agreed to some limits on his tweets about Twitter in his deal to buy the company. The sale agreement says that while the acquisition is pending, Musk “shall be permitted to issue Tweets about the Merger or the transactions contemplated hereby so long as such Tweets do not disparage the Company or any of its Representatives.”

Musk’s deal to buy Twitter is expected to close sometime in 2022, pending approval by shareholders and regulators. Either Twitter or Musk can terminate the deal if it is not completed by October 24, 2022, though that date would be extended by six months if certain conditions are met. The deal requires either Twitter or Musk to pay a breakup fee of $1 billion to the other if the deal is terminated under some circumstances, such as if Twitter sells to someone else or if Musk fails to provide the necessary funds to complete the purchase.

“The extreme antibody reaction from those who fear free speech says it all,” Musk wrote on Tuesday.