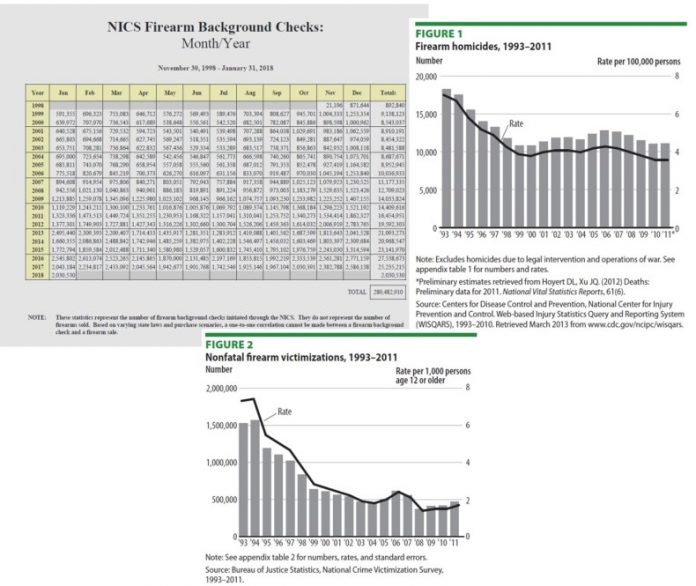 The Second Amendment is touted as the first line of defense for Americans when law enforcement is unable to respond fast enough to a dangerous situation. It is also the only recourse that citizens have to defend themselves from an oppressive government. Continue reading this story from The Free Press – Tampa:

Shortly after the turn of 1600, English settlers began to arrive in a new land called America, bringing with them their culture, Christian faith, and also their guns. They came because they had grown tired of being under the constant pressure of their King and the Anglican Church, better known as the Church of England.

Fast forward 170 years the abuses the colonies endured had come to a climax over the King’s rule and the constant intrusions they had to endure. Following are some of the 27 grievances that drove a Revolutionary war from an all-powerful central government and King when listed in the American Declaration of Independence –

He has made Judges dependent on his Will alone, for the tenure of their offices, and the amount and payment of their salaries.

He has erected a multitude of New Offices, and sent hither swarms of Officers to harrass our people, and eat out their substance.

He has kept among us, in times of peace, Standing Armies without the Consent of our legislatures.

He has affected to render the Military independent of and superior to the Civil power.

For Quartering large bodies of armed troops among us:

For protecting them, by a mock Trial, from punishment for any Murders which they should commit on the Inhabitants of these States:

For cutting off our Trade with all parts of the world:

For imposing Taxes on us without our Consent:

For depriving us in many cases, of the benefits of Trial by Jury:

For transporting us beyond Seas to be tried for pretended offences

For taking away our Charters, abolishing our most valuable Laws, and altering fundamentally the Forms of our Governments:

For suspending our own Legislatures, and declaring themselves invested with power to legislate for us in all cases whatsoever.

He has abdicated Government here, by declaring us out of his Protection and waging War against us.

He has plundered our seas, ravaged our Coasts, burnt our towns, and destroyed the lives of our people.

He is at this time transporting large Armies of foreign Mercenaries to compleat the works of death, desolation and tyranny, already begun with circumstances of Cruelty & perfidy scarcely paralleled in the most barbarous ages, and totally unworthy the Head of a civilized nation.

Years after the Revolutionary war and dissolving the Confederation of States, which was formed shortly after the Declaration of Independence, it was decided to create another instrument known as the United States Constitution.

It goes without saying why such a common natural right to protect ourselves, such as the Second Amendment, had to be written into our “Bill Of Rights”, the right to keep and bear arms, which warned our government that “We The People” set-up to not infringed on that natural right or the others listed.

The Second Amendment is part of the “Bill of Rights” and it was a declaration by the sovereign people that these natural rights as well as the other natural rights listed are not to be violated in any way by a government entity, be it national, state, county or local. There is, I believe, another purpose for the Second Amendment, which serves as a warning to the Federal Government, “We are armed and we will not suffer a long train of abuses or government tyranny” again.

“A well regulated Militia, being necessary to the security of a free State, the right of the people to keep and bear Arms, shall not be infringed.”

A blind man can clearly see that all gun laws and restrictions are unconstitutional and violate the people’s natural individual right to keep and bear arms.

What had happened so long ago during the revolutionary war is well on the road to repeating itself once again by one restriction at a time, just as the King of Britain did. Many already know why such restrictions are underway and it is not to save lives, it is to disarm and conquer a free people while subjecting them even more so to criminals who have firearms.

The following “NICS Firearm Background Checks” chart to purchase a firearm is done in a gun store prior to buying a firearm and two Bureau of Justice Statistics charts prove that when law-abiding people have firearms crime does fall.

Now, why is that? Criminals take a risk with crime but they also know about the age restrictions and the hassle of obtaining a firearm permit to carry because of State laws that give criminals an edge. Now toss in the many years of various anti-gun groups pushing against firearm ownership and we have a very deadly toxic mix. Imagine if all restrictions were lifted regarding firearms, I’ll bet crime would fall even more so in public places where many gather unarmed it’s just simple logic. Follow the logic and common sense: match the years for a background check and the years for firearm homicides and nonfatal firearm victimization.

The following are highlights from the Bureau of Justice Statistics which show the decline of firearm crimes. When referencing the “NICS Firearm Background Checks” chart with increasing background checks over the years there is no doubt firearms were bought and did save lives. We can see that firearm restriction and the right to carry without a license open or concealed would decrease crimes since the criminals will know this.

The restrictions on firearms should be lifted thereby increasing personal safety, especially since it is unconstitutional based on the second amendment.

Visit Tampafp.com for Politics, Tampa Area Local News, Sports, and National Headlines. Support journalism by clicking here to our GiveSendGo or sign up for our free newsletter by clicking here.