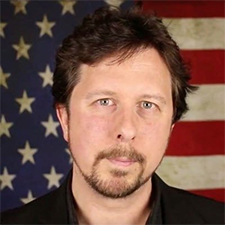 There are some rule changes in the works that are going to shake things up for gun owners in the name of reducing gun violence. The proposed changes are targeting unfinished frames and gun receivers. Continue reading this story from AmmoLand:

U.S.A. –-(AmmoLand.com)- In a show of political theater, President Joe Biden, surrounded by anti-gun zealots, announced the ATFs, or as he calls them, A. F. T’s action against unfinished frames and gun receivers.

The President stumbled and gaffed his way through his speech announcing the new regulation. What does the new rule do? Well, depending on who you ask, you will get different answers. The document seems to have been written by multiple people who didn’t compare notes. At times, it contradicts itself, leaving the industry scratching its heads.
There are several things we do know for sure. The first is that the home gun builder does not have to serialize anything under the new rule.

In fact, the new regulations are solely focused on the business side of things. The only time that a homemade firearm that you already own will have to be serialized is when you sell it through an FFL or bring it to a gunsmith to work on it.

We do know a firearm only has to be serialized in one place, including guns with “split receivers”, such as an AR15 Rifles. The requirement to serialize all parts was a concern of many in the gun community, but due to the amount of pressure levied against the new rule by the firearms community, the ATF walked back that requirement.

The selling of “Readily Convertable” kits is prohibited unless the frame is serialized. The sale of just an 80%-style pistol frame alone may or may NOT be legal, depending on how you read the rule. 80% AR-15 lowers are good to go unless it comes with instructions and a jig!?

If you want to avoid all this confusion, you could always just 3D print a receiver. 3D printing was left untouched by the rule.

This new rule will not make us safer. Most criminals get their guns by stealing them, not making them. It is just political theater to appease the gun grabbers and get headlines.

Tell us what you think in the comments below and share this video with your family & friends to help support Ammoland News, America’s oldest Second Amendment news outlet.