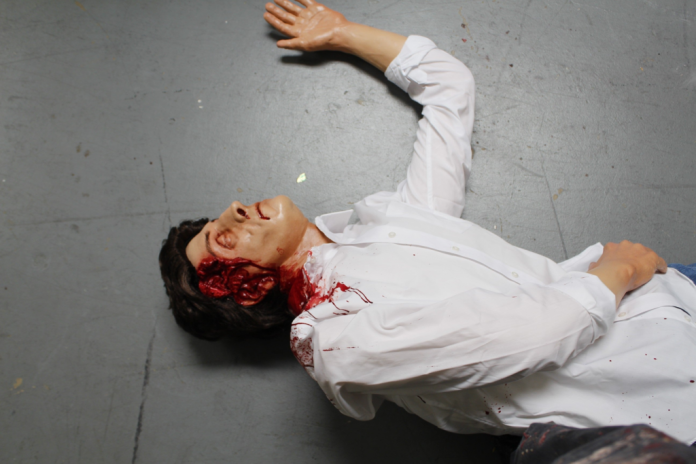 Too often we still hear that guns are the problem. For example, esteemed Chicago Mayor Lori Lightfoot’s Tweet (“light footing” it around her responsibility for Chicago’s safe streets): “We have a common enemy: it’s guns & the violence they bring.”

Yet there has been a gradual shift in messaging by our distinguished gun control competition. In recent years, they’ve backed off somewhat from their longtime gun ban and confiscation demands and moved more toward restrictions around the edges. That doesn’t mean they’ve given up their yearning to ban guns (or “buy-back” certain types, leading toward more). But they’re learning (like Beto O’Rourke and Mehmet Oz running in state elections this year) that you don’t win popularity contests demanding to seize law-abiding voters’ lawful personal property.

That’s to the good, despite their unredeemable craving to take your guns. They can get nothing done if they aren’t broadly popular, culturally and politically, and the winds have been blowing against them. So even though we can’t trust their ultimate goals, they are actually getting farther away from enacting them and they know it.

Here and there are even some glimmers of rational thinking by people from whom we might have expected worse. In the NRA’s America’s 1st Freedom article covering much of DRGO’s mission, “No Doctor Should Prescribe Gun Control”, Tennessee emergency physician Matt Tipton said “Gun ownership should not be treated as a public-health issue. Instead, gun safety should be taught.” [Ed: Matt, have you joined DRGO yet?]

Another emergency physician wrote in Emergency Medicine News last month that we should be “Standing AFFIRM—Putting the ‘Public’ in Public Health”. Dr. Christopher Barsotti correctly asserts “that our society’s current approach to firearm injury prevention—political advocacy for legal control of a consumer device—has not yielded results.” He realizes that “firearm injuries happen as a result of gun misuse, and . . . [that f]irearm safety training teaches us how to use the device safely.” The problem comes when “[h]urt people hurt themselves and others. True firearm safety requires device education with health education,” i.e., training. Amen!

Going on, “[h]undreds of millions of guns are privately owned by tens of millions of gun owners, including more than a third of emergency physicians and more than 40 percent of trauma surgeons.” Solving the “public health” (still has to say that) “requires the engagement of . . . the U.S. population that chooses to exercise its Second Amendment constitutional right.” That’s right, Dr. Barsotti, and nothing’s going to work without us. “Preventing firearm injuries and death is a priority concern for all Americans.” We’ll be watching to see where this goes.

Also encouraging is that some typically anti-rights “researchers” are writing that the only practical intervention is to address the actors in violence, not the weapons. Two studies regarding suicide demonstrate this.

On March 14, JAMA Network published “Mental Health Treatment Seeking and History of Suicidal Thoughts Among Suicide Decedents by Mechanism, 2003-2018”, in which Allison Bond, MA et al document the differences between those who suicide by shooting themselves compared to those who suicide by other methods. They found that “that suicide decedents who die by firearm are less likely to seek treatment, more likely to die on their first attempt, and more likely to tell someone about their suicidal thoughts or plans.”

It’s not startling that someone who chooses especially lethal means is less likely to seek help and more likely to die. What’s interesting is that the same person may nonetheless be more likely to mention to someone they might do that. Most people who think about suicide drop hints and clues, and it’s not clear that there is any reason that those contemplating suicide by firearm should more likely do that. This incongruity will take more work to resolve, and could be productive.

Credit them with worrying about suicide rather than the means. At the same time, there are plenty of anti-s who will take this to justify Red Flag Laws to take away guns and accomplish nothing further.

December 2021 brought “Alcohol and drug offenses and suicide risk among men who purchased a handgun in California” in Preventive Medicine by Garen Wintemute MD et al. Yes, the usual suspects. First of all, this was a “cohort study”, not randomized or blinded. Their highlighted finding is that men with alcohol charges buying handguns were more at risk of firearm suicide than men with drug charges buying handguns. The rest is window dressing.

Such a finding could easily be misused: “We must stop all men arrested for alcohol intoxication from buying handguns!” Yet the real point is very different. The study may have identified a very precise cohort of men (alcohol charges + handgun purchase) whose elevated risk of dying by suicide may be worth very specific intervention. However, their own results show that their risk of dying by firearm suicide is no different from their risk of dying from any cause of suicide. So the intervention must be attuned to mental status and life stressors, not to gun ownership per se.

Investigations like seek to conclude that dealing with the guns is the preferred intervention, even when they demonstrate otherwise! That these get published underlines how such authors have to mispresent their work in order to pad their CVs and support the agenda of their funders. But once public, even their facts speak for themselves.

Since we’re talking about suicide, let’s close on a useful note. One of the very few things that Bloomberg mouthpiece The Trace has come up with is “Where to Find Help If You’re Experiencing Suicidal Thoughts or Depression”. Once you’re past the first self-congratulatory paragraph, there are some really useful pointers to resources that can help prevent tragedies in which almost 46,000 Americans died in 2020, the latest year with a full count. For this, we can all help each other regardless of politics and other agendas.