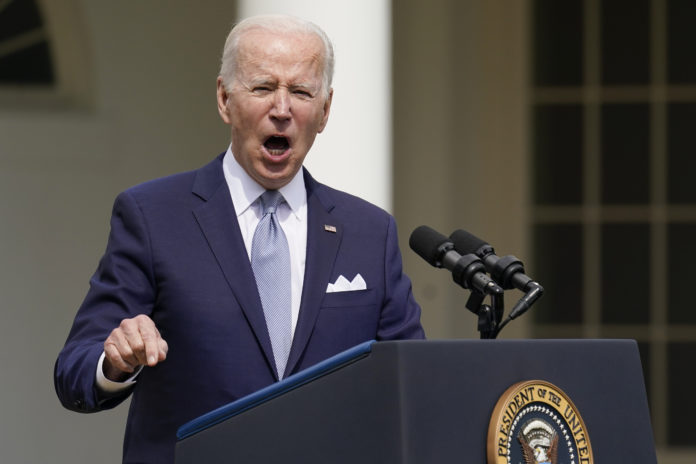 Joe Biden made some remarks that were questionable at best during a recent speech on gun control. Biden pushed for more gun control measures in his speech and made so claims that are not so accurate. Continue reading this story from The Truth About Guns:

Once again during his remarks about the newest attempt to restrict gun rights, President Joe Biden repeated his already-discredited claim that the Second Amendment historically prevented certain people from buying guns or owning cannons, leaving the Citizens Committee for the Right to Keep and Bear Arms to encourage Americans to question anything Biden says.

“Every time Joe Biden repeats this canard,” said CCRKBA Chairman Alan Gottlieb, “he reinforces the notion that he is a habitual, pathological liar. Washington Post fact checker Glenn Kessler last year publicly corrected this falsehood, noting it wasn’t the first time he had been fact-checked on the claim. By now, anybody else would have learned to keep his mouth shut, but Biden evidently just can’t let go of a good fib.”

Gottlieb recalled the Washington Post contacted Second Amendment historian David Kopel at the Independence Institute. Kopel told the newspaper at the time, “There were no federal laws about the type of gun you could own, and no states limited the kind of gun you could own.” This included private ownership of cannons.

“Biden has been repeating this tale for at least two years, and probably longer,” Gottlieb said. “Honestly, we’ve got to challenge everything he says about the Second Amendment, about gun rights and gun ownership in this country. He isn’t just wrong; he is wrong-headed.

“Now is a good time for Americans to wonder what else about gun rights Joe Biden has been lying about,” Gottlieb continued. “This isn’t just an idle error, it’s an obsession with him. He has been trying to misrepresent and even discredit the Second Amendment’s protection of the right of individual citizens to keep and bear arms for decades, even when he’s caught and called out for it. No honest person does that.

“It’s time for Joe Biden to stop lying about the Second Amendment,” he concluded.