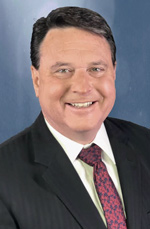 There have been many changes lately in the ways some Americans can exercise their 1st Amendment right. With half of the country moving to Permitless Carry, it would appear that the 2nd Amendment is back on center stage. Continue reading this story from the Hamilton County Reporter:

Indiana Attorney General Todd Rokita is asking the U.S. Supreme Court to strike down a California law because it unconstitutionally criminalizes the possession of standard-capacity magazines – outlawing those that hold 11 or more rounds of ammunition – and endangers gun rights in all states.

“When courts allow these kinds of restrictive laws to stand,” Rokita said, “it creates a dangerous precedent that jeopardizes the rights of law-abiding gun owners nationwide, including in Indiana.”

States have no authority to limit ownership of firearms to those capable of firing 10 or fewer times before being reloaded, Rokita said.

“Hoosiers cherish their Second Amendment rights to keep and bear arms, as well they should,” Rokita said. “I will protect those rights at every opportunity.”

In total, attorneys general from 23 states are signed onto an amicus brief asking the U.S. Supreme Court to hear the case involving the California law and ultimately to uphold the Second Amendment.