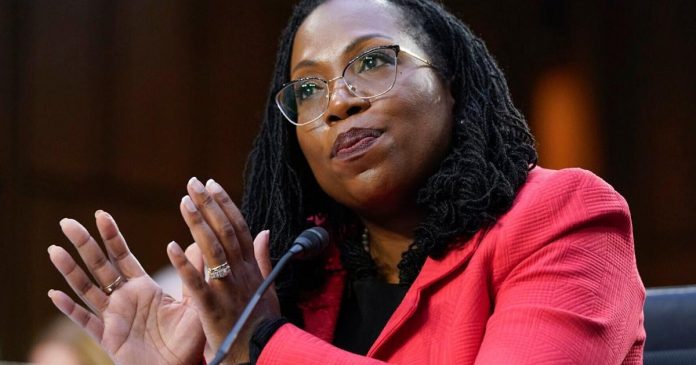 The highly publicized hearing for Judge Ketanji Brown Jackson’s conformation to the United States Supreme Court has ended with her conformation. The ending vote tally was 53-47, with three Republicans joining Democrats to confirm Judge Brown Jackson. Continue reading this story from helenair.com:

Democratic Sen. Jon Tester voted to confirm Jackson. Republican Sen. Steve Daines voted not to confirm. Daines had earlier in the week voted against allowing the full Senate to take up Jackson’s confirmation, a vote he remined the press about Thursday.

Tester met personally with Jackson on March 25. After that meeting, he said he found Jackson deeply qualified and concluded that she would be an impartial justice. He had questioned Jackson about her commitment to the Second Amendment, antitrust issues in the agricultural industry, tribal sovereignty, and anonymous spending in federal elections.

He issued this statement following the vote:

“During this confirmation process, I made clear that Judge Jackson had to show a strong commitment to upholding the rule of law and defending Montanans’ constitutional rights before she earned my support. She has demonstrated that she is extremely qualified to serve on the Supreme Court and has a deep understanding of the Second Amendment, antitrust enforcement for consolidation in the agriculture industry, issues around whether corporations should be considered people under the law, and other questions important to Montanans. She will be an impartial jurist who decides cases based on the facts presented, not on any personal ideology, which is why I was proud to join Republicans and Democrats in voting for her confirmation.”

The Tuesday visit would have taken place two days before confirmation.

“As Montana’s United States Senator, I am committed to protecting the constitutional rights and values of Montanans. Montanans want a justice who will uphold the Constitution and make decisions based on the rule of law, not personal beliefs or the Left’s political agenda,” Daines said in a press release Thursday. “Judge Jackson’s soft-on-crime record and her views of the separation of powers are not in line with what Montanans want in a Supreme Court justice. That’s why I voted against Judge Jackson’s lifetime appointment to the Supreme Court.”

Neither Senator has voted to confirm a Supreme Court nominee put forth by a president of the opposing party.