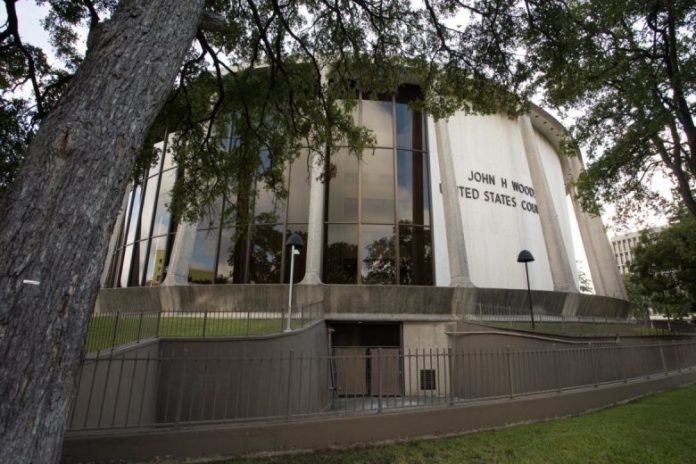 Discussion surrounding a potential name change for San Antonio federal court house. Currently named the John H. Wood Jr. Courthouse, some feel the building should be renamed after someone who was a better supporter of constitutional rights. Continue reading this story from The San Antonio Report:

The North East Independent School District has come under a great deal of criticism for being one of very few of the 1,000 or so school districts in Texas to conduct a review of its library books based on demand by state Rep. Matt Krause.

Krause needed to raise his right-wing profile in an effort to unseat Attorney General Ken Paxton in the Republican primary. He failed on two levels. First, the vast majority of the state’s more than 1,200 total districts and charter schools ignored him without consequence. Second, Krause’s campaign went so badly that he dropped out of the race.

In looking at the methodology of NEISD’s review of about 400 books, and at the results, I’ve found both to be while not entirely satisfactory, substantially better than some coverage suggests. I plan to explain in an upcoming column.

While investigating the issue I came across an earlier scandal in which the NEISD’s board defended a policy so offensive to the First Amendment that it makes the current board look great in comparison. The policy inspired an appellate opinion that is delightfully eloquent in its expression of outrage.

The case also has implications for how San Antonio’s new federal courthouse should be named.

Here are the facts of the case, as recounted in court records. The quotes come from the late appellate judge Irving Goldberg, a Lyndon Johnson appointee to the 5th U.S. Circuit Court of Appeals.

In the early 1970s, five seniors at MacArthur High School determined to put out an “underground” newspaper they called “The Awakening.” They were careful to produce it off-campus and outside of school hours. On the advice of a St. Mary’s Law School professor they distributed it off-campus near the entrance one afternoon after school and the next morning before school. The students involved were regarded as good or excellent students who were applying for elite colleges and/or scholarships.

Yet the students were all suspended for three days by the principal under an official school board policy adopted in 1969 that read in part: “Be it further resolved that any attempt to avoid the school’s established procedure for administrative approval of activities such as the production for distribution and/or distribution of petitions or printed documents of any kind, sort, or type without the specific approval of the principal shall be cause for suspension and, if in the judgment of the principal, there is justification, for referral to the office of the Superintendent with a recommendation for expulsion. … ” (Emphasis added by Goldberg.)

The students appealed to the school board, saying that the law school professor had advised them that the policy couldn’t be applied for legal off-campus activities. The board disagreed, upholding the suspension.

“While the students perhaps failed to recognize the intended scope of the regulation as actually applying to conduct exercised completely out of school and off school premises, the school board likewise failed to recognize even the bare existence of the First Amendment when it first drafted that part of the ‘policy’ which is involved in this appeal,” wrote Goldberg in a footnote.

“Objecting to the school board’s bootstrap transmogrification into Super-Parent, the parents of the five affected students sought both temporary and permanent injunctive relief as next-friends in the federal courts. … ”

But the local federal judge dismissed the case on his own motion, finding it “wholly without merit.” He turned down the parents’ request that the district be enjoined from marking the students as receiving zeros for the three days they missed, which could affect their college prospects as the case wound its way up the court system. The judge refused.

As it happened, the 5th Circuit took the case on an emergency basis. Leading the team for the students and their families was renowned San Antonio attorney Gerald Goldstein. Among those assisting him was the late long-time civil rights attorney Maury Maverick Jr.

Goldstein remembered the case so vividly the other day that before I even asked a question he quoted by memory from this passage by Goldberg:

“This case is anomalous in several respects, a sort of judicial believe-it-or-not. Essentially, the school board has submitted a constitutional fossil, exhumed and respired to stalk the First Amendment once again long after its substance had been laid to rest. Counsel for the school board insists vigorously that education is constitutionally embraced solely by the Tenth Amendment, leaving education entirely without the protective perimeters of the rest of the Constitution.”

The 10th Amendment says that “powers not delegated to the United States by the Constitution, nor prohibited by it to the States, are reserved to the States respectively, or to the people.”

But the 14th Amendment, passed in the wake of the Civil War and the end of slavery, said no state “shall make or enforce any law which shall abridge the privileges or immunities of citizens of the United States; nor shall any state deprive any person of life, liberty, or property, without due process of law; nor deny to any person within its jurisdiction the equal protection of the laws.”

“We find this a rather quaint approach to the constitutional setting of education in light of … ” wrote Goldberg, who then went on to list eight court cases upholding student constitutional rights in schools. He said there were many more.

Citing cases that upheld student free speech rights within schools so long as they did not cause disruptions, he continued: “As a factual matter there were no disruptions of class; there were no disturbances of any sort, on or off campus, related to the distribution of the ‘Awakening.’”

And: “The best that can be said for the administration’s concern in this case is that two topics mentioned in the ‘Awakening’ are ‘controversial’ in the community (discussions of marijuana laws and birth control). Yet it should be axiomatic at this point in our nation’s history that in a democracy ‘controversy’ is, as a matter of constitutional law, never sufficient in and of itself to stifle the views of any citizen.”

Goldberg concludes his opinion and ruling: “Perhaps it would be well if those entrusted to administer the teaching of American history and government to our students began their efforts by practicing the document on which that history and government are based. Our eighteen-year-olds can now vote, serve on juries, and be drafted; yet the board fears the ‘awakening’ of their intellects without reasoned concern for its effect upon school discipline. The First Amendment cannot tolerate such intolerance. This case is therefore reversed for entry of an order not inconsistent with this opinion.”

In addition, the district was ordered not to lower the students’ grades because of the three lost days.

What does all this have to do with the naming of our new federal courthouse? Simply that it shouldn’t be named after its predecessor, John H. Wood, who was the judge who backed the NEISD board.

The old courthouse at Hemisfair was named after Judge Wood shortly after he was assassinated in 1979. What brought him that honor, understandably, was precisely his assassination. He died in the line of service. He was murdered by hitman Charles Harrelson because of his reputation as a harsh sentencer, a reputation embodied in his nickname “Maximum John.” The defendant who hired Harrelson wanted a different judge.

Judge John Wood’s name, in my mind, never sat comfortably in the courthouse. He merits being remembered as a martyr, but not as a judge.

In the months leading up to Wood’s assassination, I was a freelancer working on a magazine piece about him. I was directed to quite a few cases in which he showed he didn’t know the law. Lawyers told me they made sure to display his name on the outside of files when they appealed, often leading to prompt attention.

A person who said he was present at a monthly luncheon of local federal judges and their clerks jokingly recalled that when the discussion turned to the 1st Amendment, Wood, who had been invited after his nomination but before his confirmation, turned to a clerk and quietly asked: “Which one is that?”

I have long thought that story was apocryphal, but after rereading this decision so many years later I’m not so sure.

Judge Wood is remembered with a plaque and an installation on the third floor of the new courthouse. But the magnificent building itself should honor someone who promoted our Constitution and our freedoms.