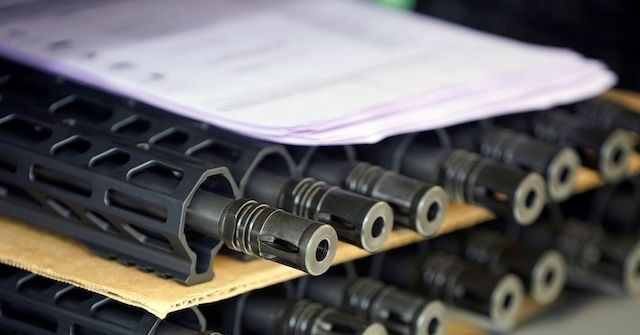 The Missouri Senate is beginning to consider legislation that will prohibit bank discrimination against members of the firearms industry. Missouri is joining Arizona in hearing legislation to address this. Continue reading this story from Breitbart:

The Missouri Senate will weigh legislation to prohibit bank discrimination against gun makers and other members of the firearm industry.

The legislation, SB 1048, is titled the Firearm Industry Nondiscrimination (FIND) Act. It is sponsored by State Sen. Rick Brattin (R).

The summary section of Brattin’s bill says, “This act provides that when a public entity enters into a contract with a company, as defined in the act, the company must have a written verification that it does not have a practice or policy that discriminates against a firearm entity or firearm trade association.”
The National Shooting Sports Foundation (NSSF) issued a release on the Missouri FIND Act:

Senate leadership will have a decision to make soon: either side with the worst of the woke banks like Bank of America, Citigroup, and JP Morgan, or side with the one industry in America necessary for their constituents to exercise a constitutionally enshrined right. Republican leaders in other states, including Kansas, have chosen to stand with the big banks. Do not allow this pure political game playing to prevail in Missouri. If the largest corporations in America are allowed to succeed with their sinister plan to destroy the firearm industry, the Second Amendment right guaranteed to the people will be nothing but an illusion.

Similar legislation will be heard in Arizona this week as well. The NSSF and others are trying to encourage grassroots support for barring banks from targeting gun companies and other members of the firearms industry.