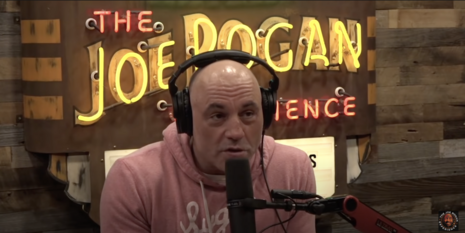 Censorship has run rampant across social media for the last few years. There have been cries from both sides about “selective” enforcement of rules and how far these platforms can go in enforcing them. Continue reading this story from Newsbusters:

The New York Post reported that Rogan made the comment on his Spotify podcast during an interview with Antonio García Martínez, a former engineer who worked for Apple and Facebook until the companies’ “woke” politics got in the way.

Rogan asked Martinez about how large tech firms were fun.

“For someone from the outside, we look at it and say: ‘How are those f–king places run?’” Rogan commented.

He then recalled a conversation he had with a friend about the way tech companies are run. The friend worked in management at Google but now works for another tech firm.

“The way she described it to me was, ‘It is utter madness,’” Rogan added.

He went on to say that “a lot” of people who work for tech firms are “mentally ill” and “consider themselves activists.”

“The lunatics are running the asylum to a certain extent because there’s a lot of people working inside the company now that legitimately are mentally ill and they consider themselves activists,” he said.

Rogan said this activism prevented woke employees from working as they should. He argued that when these workers are “confronted” over not fulfilling required work duties, “they talk about their activism.”

He noted that his friend reprimanded workers in the tech industry for this behavior. “You are here for X amount of hours per day,” he said. “This is your f—–g job. You’re not an activist.”

“Facebook was a cult, and I joined it, and I was a happy member of it,” Martínez said. “It was very powerful. Everyone sacrificed themselves for the sake of the empire and its emperor.”