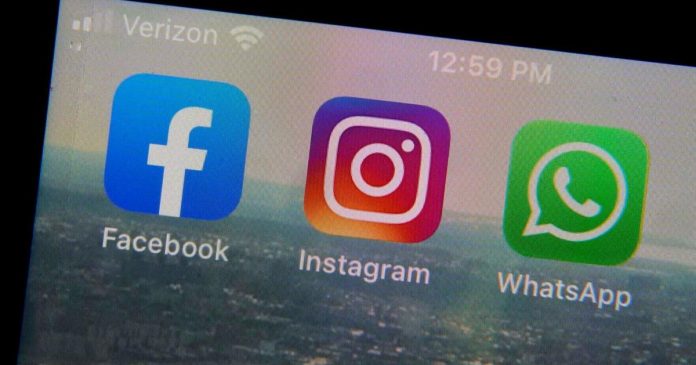 Lawmakers in Tennessee are pushing a social media oversight bill that aims to prevent users from being banned or shadow banned. Will the move be met with resistance from those who oppose? Continue reading this story from the Citizen Tribune:

(The Center Square) – Tennessee lawmakers pushing a social media oversight bill that would prevent users from being banned or shadow banned said it is not a First Amendment issue but a governmental course correction.

The vice president and general counsel of NetChoice, which successfully has been granted injunctions against similar laws in Florida and Texas on First Amendment grounds, said, however, the Tennessee companion bills (House Bill 2369 and Senate Bill 2161) not only violate the First Amendment but also would cost taxpayers for the added regulation and legal battle that would follow.

“What we’re seeing right now is lawmakers in the state of Tennessee following in the same failed legal footsteps of Florida and Texas,” NetChoice’s Carl Szabo said. “And it’s ultimately not going to get them where they want to be, which is to able to police the internet. Fortunately, our Founding Fathers created the First Amendment to expressly forbid and preclude this type of state-compelled speech.”

The companion bills passed the Senate Finance, Ways and Means Committee and the House Business and Utilities Subcommittee last week. The House bill is scheduled to be in front of the House Commerce Committee on Tuesday.

The bills would define a wide range of websites as social media platforms that are common carriers and then allow the Tennessee Public Utilities Commission (TPUC) to step in if Tennesseans are banned or shadow banned from a social media site.

The Consumer Services Division of TPUC would require social media platforms to register, and TPUC would create rules for platforms to follow regarding banning users and removing content.

If TPUC receives a complaint about a ban or shadow ban – which sponsoring Rep. Dennis Powers, R-Jacksboro, described as moving content down in a search engine search based on its content – and finds it in violation of the law, TPUC would notify the platform of the infraction and allow 60 days to correct. If that is not done, TPUC would hold a hearing.

If TPUC rules in favor of the user, fines will begin for the social media platform at a rate of $100,000 a day if the user is a political candidate or public official or $25,000 a day for others.

“I very much appreciate what you are trying to do,” Rep. Patsy Hazlewood, R-Signal Mountain, said to Powers, mentioning the large potential fines. “I don’t think anybody would deny that it’s an issue. I just have concerns about the process. It’s just something where I think we need to be very careful and judicious about. … Anytime you give that kind of authority to one group, then you have to be very careful.”

The fiscal note on the bill said it would cost TPUC $323,800 the first year, which would begin Jan. 1, and $316,300 annually afterward, though Powers said the bill sponsors are in negotiations with the Tennessee attorney general and TPUC on a way to use existing resources on enforcement.

Powers mentioned former President Donald Trump, the Knox County Republican Party and his cousin as people who were banned or censored for their political opinions. He said items defined as misinformation often are a matter of opinion.

“You may have been told some misinformation about this bill, and I just wanted to clarify that this is no growth in government and it’s protecting the free speech of everyone, all Tennesseans,” Powers said.

The injunctions in Florida and Texas are being appealed in federal court. Oral arguments are scheduled for April 28 in the Florida case and the week of May 11 in Texas.

Szabo said he hoped Tennessee would listen and slow down rather than attempting to enact the legislation, but NetChoice was prepared to fight the legislation on First Amendment grounds in Tennessee, if necessary.

“Tennessee can choose to – it’s not even rolling the dice, they’re going to lose – or they can see what happens in the Florida and Texas lawsuits and then make a more informed decision without putting at risk the constitutional protections of their citizens and Tennesseans’ tax dollars and frivolous lawsuits,” Szabo said.

The Florida law defined social media sites as common carriers, an entity that delivers all that it receives, such as the United States Postal Service, Szabo said, and the court disagreed with that notion.

Szabo said legislating what private businesses can do is a slippery slope and conservatives, like himself, would be hurt more than anyone else if the government started controlling social media. He said impressions on social media for conservative websites are far higher than those for other political philosophies.

“I am not very comfortable with this,” Tennessee state Rep. Dwayne Thompson, D-Cordova, said during the House subcommittee meeting. “We have a trend of government getting involved in private businesses and this just seems to be another one.”