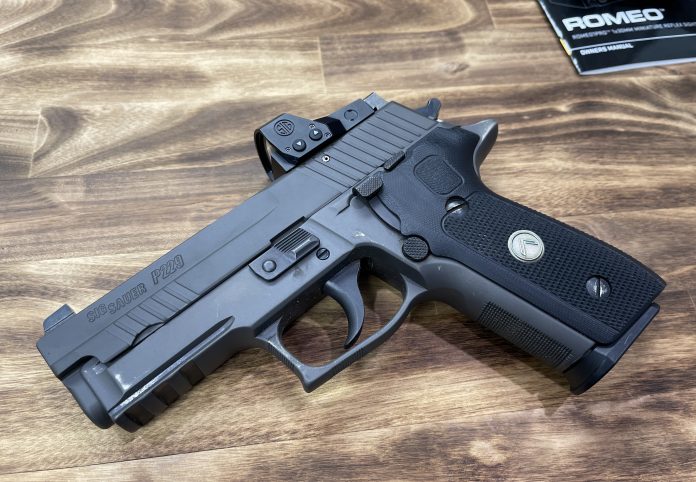 Right on the heels of Ohio and Alabama signing Constitutional Carry into law, Indiana Governor Eric Holcomb added their state to the growing list now tottering on 50% of the nation.

Permitless carry continues to be billed as dangerous and crazy and continues to prove out as a complete nothing burger for officer safety and the citizenry at large. A card saying that you aren’t a felon and can carry a gun because you paid a little extra tax, sat in a classroom for a day, and waited for the state to complete their bureaucratic machinations, is no basis for sound firearm handling or general safety practices.

It’s was and remains a feel good measure, security in name only, that doesn’t grant permitted individuals any skill or proficiency and does little to nothing to prevent dangerous or reckless behavior with a firearm or curb armed felony violence. Being able to pass the background check to buy a firearm, being a legal possessor, is about the only rational standard we can apply to being able to carry that firearm.

Education on best practices both for shooting and carrying should be educationally encouraged, but state mandates tend to create a false sense of competency and readiness more than they actually push societal safety and proficiency. The ‘standards’ are low, because this is a right we are talking about. In that vein the standard should be that it is a right and proficiency after should be considered the responsibility. Responsibility is a societal mandate, not a legal one.

Gov. Eric Holcomb signed a bill into law Monday that eliminates the license requirement to carry a handgun in Indiana, despite initial opposition from the Holcomb-appointed head of state police due to safety concerns.

Starting in July, anyone who legally could carry a handgun with a permit previously now could do so without one moving forward, due to House Bill 1296. That means most Hoosiers 18 years and older can carry a handgun in public without ever having received a background check, unless they had done so to purchase a handgun.

Permits still will be available to those who want one, such as those traveling to another state that has reciprocity with Indiana.

“HEA 1296, which I’ve signed today, entrusts Hoosiers who can lawfully carry a handgun to responsibly do so within our state,” Holcomb said in a statement. “It’s important to note that if a person is prohibited, under federal or state laws, from possessing a firearm before this law goes into effect, that person will still be prohibited. And if a prohibited person has a firearm, he or she can be prosecuted.”

There it is in the last line, if a prohibited person has a firearm he or she can be prosecuted. If someone, prohibited or otherwise, does something illegal with a firearm they can be prosecuted, tried, and convicted for the violating act. Nothing about permitting legal gun owners to carry their firearms does anything to drastically influence the threat profile for officers or other citizens. So the permit process was always just a rights tax, a control to discourage otherwise lawful use of a firearm for one of its core purposes in personal protect. I want to see Michigan and Wisconsin (and yes, even eventually Illinois) adopt this as standard practice. Where permits are still available, maintainable for reciprocity, and valid, but that carry of a firearm is a right unhindered by taxation of time and money.

In Michigan, our Governor just vetoed a bill that would force the state to do its job (continuing to run permits and supporting services) in an emergency like COVID. There were several instances where permit renewals were impossible because the state apparatus wouldn’t process them, either offices were closed or no face-to-face contact was permitted even though it was required under the law. This pushed people into felony status who were unable to renew and put people at risk who were unable to complete the permitting process when no reasonable accommodations were made for COVID. It is unconscionable that a government can demand a process and then fail to provide their part in that process without consequence, but that was just vetoed here. Good times. Perhaps next governor we will get Constitutional Carry, no more stupid pistol registry, and a few other bits of nonsense taken off the books like immediate felony status for expired permits.