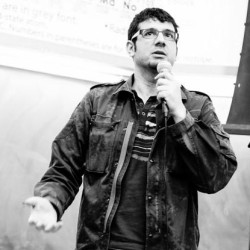 The 2nd Amendment is one of our most coveted rights and many want to see it protected at all costs. Wyoming Gov. Mark Gordon has just signed the 2nd Amendment “Protection Act” and it is questioned as to what if anything the law will do. Continue reading this story from the Tenth Amendment Center:

CHEYENNE, Wyo. (March 21, 2022) – Today, Wyoming Gov. Mark Gordon signed a 2nd Amendment “Protection Act” into law. While the measure claims to restrict state and local enforcement of some federal gun control, it’s almost certain it will do nothing of the sort in practice and effect.

In a tweet today, Gordon claimed the new law “protects our residents from federal overreach,” but nothing could be further from the truth.

Senate Bill 102 (SF102) includes a number of sleight-of-hand legislative tricks to make it look like a ban on state and local enforcement of federal gun control, but a close look at the text quickly reveals the measure is all bark and no bite.

The new law prohibits the state or any political subdivision of the state from using “personnel or funds appropriated by the legislature of the state of Wyoming or any other source of funds that originated within the state of Wyoming to enforce, administer or cooperate with any unconstitutional act, law, treaty, executive order, rule or regulation of the United States government that infringes on or impedes the free exercise of individual rights guaranteed under the Second Amendment to the Constitution of the United States.” [emphasis added]

Banning state and local enforcement of federal gun control measures is the first essential step that states must take to bring those measures to an end. As of 2021 such laws were in effect in Missouri, Arizona and Montana. While the SF102 appears to bring Wyoming into the fold, it actually bans the enforcement of no federal gun control whatsoever.

The highlighted word “unconstitutional” from SF102’s text above is the key to understanding why this law will have no practical effect.

Parents of young children understand the pitfalls of this approach all too well. If you tell a ten-year-old to “stop keeping your toys where you’re not supposed to keep them,” you might find them neatly put away that afternoon instead of strewn all over the family room floor. But if you’ve allowed the messiness for years, you shouldn’t be surprised if nothing changes with this kind of instruction. In all likelihood, they’ll keep doing what they’ve been doing. You’ve not given clear instruction, and they’ll likely default to the status quo.

But take that same situation and tell the child “you can no longer keep your toys on the family-room floor, they must be put back on the shelf where they belong,” and you’ll have a much better chance of getting the results you’re looking for, especially if you make clear that breaking that new rule will result in punishment.

Tell law enforcement to “stop enforcing any unconstitutional bump stock ban,” and you might find a few who no longer help the ATF do so, but it’s almost certain that it won’t result in a wholesale change in agency policy.

But remove the word “unconstitutional” and there is no longer a lack of clarity. “Stop enforcing any bump stock ban,” means just what it says.

This isn’t just theoretical. History reveals this is exactly what happens when this kind of measure is signed into law.

In 2015, Tennessee Gov. Bill Haslam signed SB1110 into law as Public Chapter No. 380. It bans the use of public funds or resources in the enforcement of any federal gun control measure IF that would result in a violation of the state or federal constitutions.

In other words, the same as the new law in Wyoming.

When the 2015 law passed, TAC described it as a first step. There was at least a slight chance that on-the-ground officers would use their own discretion and refuse to enforce a federal act based on its lack of constitutionality. But, since the enactment of this law seven years ago, there has been no change on the ground. Tennessee state and local law enforcement have not stopped helping the ATF or DEA enforce any federal gun control measures.

Last year, instead of finally improving upon what they passed in 2015, Tennessee passed two measures that actually made things worse. Sen. Mike Bell sponsored SB657 – a new law that almost copied the 2015 law word for word. And Rep. Scotty Campbell sponsored HB928 which now requires the state to continue full enforcement of federal gun control until a court gives them permission to stop.

Both Wyoming and Tennessee have flipped things upside down. States can legally bar state and local agents from enforcing federal gun control whether a court says they’re “constitutional” or not. Refusal to cooperate with federal enforcement rests on a well-established legal principle known as the anti-commandeering doctrine.

Simply put, the federal government cannot force states to help implement or enforce any federal act or program. The anti-commandeering doctrine is based primarily on five Supreme Court cases dating back to 1842. Printz v. U.S. serves as the cornerstone.

“We held in New York that Congress cannot compel the States to enact or enforce a federal regulatory program. Today we hold that Congress cannot circumvent that prohibition by conscripting the States’ officers directly. The Federal Government may neither issue directives requiring the States to address particular problems, nor command the States’ officers, or those of their political subdivisions, to administer or enforce a federal regulatory program. It matters not whether policy making is involved, and no case by case weighing of the burdens or benefits is necessary; such commands are fundamentally incompatible with our constitutional system of dual sovereignty”

No determination of constitutionality is necessary to invoke the anti-commandeering doctrine. State and local governments can refuse to enforce federal laws or implement federal programs whether they are constitutional or not.

So why this obsession with determining constitutionality? States simply need to determine which actions they don’t want to enforce and ban enforcement of those actions. It’s as simple as that.

Beyond hamstringing the law as noted above, the language only prohibits the use of state appropriations to enforce federal gun control.

Supporters of the Wyoming law have been pointing to a recent statement from the president of the Wyoming County Attorneys Association as proof-positive that the measure will have its claimed effect.

Recent coverage of the measure in the Cowboy State Daily notes that “Wyoming prosecutors would not hesitate to press charges against police officers who violate state law, according to the president of the Wyoming County Attorneys Association.”

John Worrall told the publication, “I know of not a single county attorney in this state that isn’t going to prosecute a violation of law if one is demonstrated – whoever it is that committed that violation.”

On its face, it sounds as if Worrall and other county attorneys are ready to charge cops with illegally enforcing federal gun control in the state of Wyoming. But in another sleight-of-hand, Worrall is actually telling us the opposite is true.

The new law includes misdemeanor penalties of up to one year in prison and a fine of up to $2000 for any public officer “who knowingly violates” the act.

The term “knowingly” is used very specifically in law. In short, prosecutors have to prove beyond a reasonable doubt that the person charged with the crime was fully aware that their actions were a violation of the law, and that they did it anyway.

It’s impossible to prosecute anybody for violating SF102. And Worrall is either fully aware of this or unqualified for his job.

The only way an officer could be convicted for “knowingly” violating SF102 is if the Supreme Court first struck down a federal gun control measure as unconstitutional. Then prosecutors would have to prove beyond a reasonable doubt that the officer knew this and continued to enforce the measure anyway.

That’s the only way to successfully prosecute a Wyoming law enforcement officer for “knowingly” violating SF102 by enforcing an “unconstitutional act, law, treaty, executive order, rule or regulation of the United States government that infringes on or impedes the free exercise of individual rights guaranteed under the Second Amendment to the Constitution of the United States.”

In other words, no law enforcement officer will ever be convicted of violating SF102 if they just keep doing what they’re doing today – helping the ATF enforce federal gun control that the Supreme Court has not called “unconstitutional.”

The bill sponsors have been aware of these issues since early on in the legislative process. There have been efforts behind the scenes to amend the language to make the bill effective by specifically banning state and local enforcement of federal gun control. Proposed fixes were drafted and submitted, including language to specifically define what constitutes an unconstitutional infringement, then ban all state and local enforcement of such acts. (see the full text of recommended amendments/bill language here)

All of that hard work was for naught, as both the House and Senate moved forward with the measure anyway.

During the debate, the House voted down an amendment from Rep. Marshall Burt (L-39) that would have addressed these issues and given the bill some effect.

One section would have prohibited any Wyoming government entity from accepting federal funds for the enforcement of any federal regulation of firearms, firearm accessories magazines or ammunition. As Tenth Amendment Center noted in a tweet, “They love federal loot – that was stolen from the people in the first place.”

In voting no on Burt’s amendment, the House also rejected a ban on turning state and local police officers into federal agents to enforce gun control through deputization.

Passage of SF102 has now made rejecting federal gun control far more difficult in Wyoming – and possibly in other states as well.

By providing the political cover of passing a “2nd Amendment Protection” Act, it becomes far less likely that anybody can convince Wyoming legislators to fix any of these problems in future sessions, They can just claim, “we took care of that.” But heavy grassroots pressure could encourage them to move things forward.

And in other states, the grassroots needs to keep a watchful eye on grandstanding politicians who will try to use the Wyoming law as a template to pretend to protect the 2nd amendment while actually doing nothing in practice.