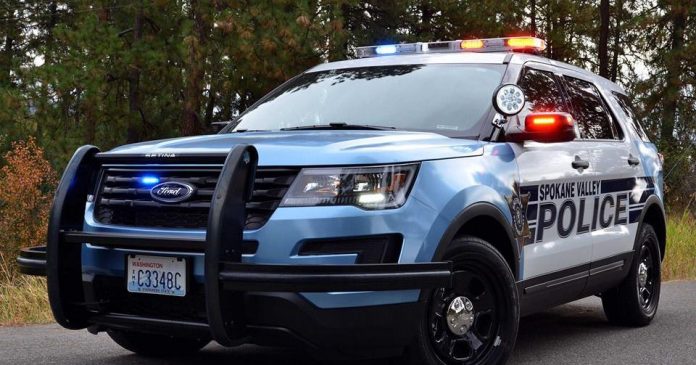 Observing a crime scene is something every American has the right to do. Police may ask you to step back or stay out of the way. Continue reading this story from khq.com:

SPOKANE VALLEY, Wash. – A man in a bathrobe was arrested for obstructing an officer in a firearm investigation on the 2800 block of N. Cherry St. on Sunday, March 20.

Spokane Valley Deputies were on scene of an investigation into shots fired between an apartment complex and Mirabeau Park on Sunday and had just made contact with a potentially armed suspect when a person wearing a bathrobe walked behind the suspect carrying a camera. The man, 33-year-old Jordan D. Gray, stated he was a “1st Amendment Auditor.”

Deputies told Gray it was fine to stay, but to remain out of the scene as it was not safe, it was unknown if the correct suspect had been apprehended, and the firearm was not yet located.

Deputy Turner later placed a .22 caliber magazine found on one suspect into the nearest patrol car to secure it. Gray then walked up to the passenger doo of the car with his video camera, after which Deputy Turner instructed Gray to step away from the vehicle or he would be arrested for obstruction. It was unclear whether Gray would attempt to enter the vehicle or try to record the computer screen, which may contain sensitive information not open to the public.

Gray allegedly became confrontational after, claiming he was a photojournalist and could record whatever he wanted. He told the deputy to give him a “lawful order,” to which Deputy Turner explained that’s what the order to step back was. Gray was again asked to back up onto the sidewalk, stay away from the patrol car, and stay out of the crime scene.

The police report states Gray was told this a total of 9 times, to which Gray continued to refuse to move, saying, “No. Too bad.”

Due to continued distraction of the deputy and refusal to comply with instructions, Deputy Turner arrested Gray for obstruction. Gray refused and made it difficult to place handcuffs on him. A second deputy came to assist, taking him away from the detained suspect and investigation. Gray continued to resist, demanding a supervisor and threatening to sue.

Gray was advised of his rights, but refused to give his name or answer questions. He was transported to Spokane County Jail and booked for Obstructing. A bond was placed for $1,000.

On the way to the jail, Gray did give his identity and was found to be a four-time convicted felon.

According to the police report, Gray was also previously on scene of a fatal shooting on the 9300 block of E. Montgomery, where he approached patrol cars after a K9 search and attempted to record computer screens and check to see if patrol cars were unlocked. He also approached a group of deputies discussing tactics. Gray was asked to leave, and again he refused and became confrontational. Deputies were not at an active crime scene and chose to change locations rather than confront or arrest Gray at the time.