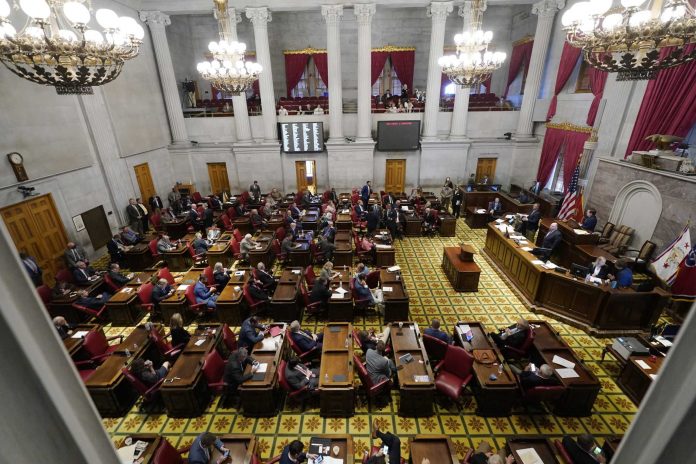 Lawmakers in Tennessee have confirmed a controversial appointee to the State Board of Education, despite lawsuits over his company’s sale of ammunition online. Businessman Jordan Mollenhour was confirmed by the Republican-supermajority in a 71-14 vote. Continue reading this story from the Huron Daily Tribune:

NASHVILLE, Tenn. (AP) — Tennessee lawmakers have confirmed the governor’s appointment of a businessman to the State Board of Education despite lawsuits over his company’s sale of ammunition online, including the bullets used in a mass shooting at a Texas high school.

The Republican-supermajority General Assembly gave its final approval to Jordan Mollenhour in a 71-14 House vote Thursday. The Senate approved the pick last week.

Republican Gov. Bill Lee appointed Mollenhour to the 11-member board last November. GOP lawmakers praised his business acumen and commitment to his community.

Mollenhour’s profile on the board’s website says he and his business partner, Dustin Gross, have started, bought or invested in numerous U.S. businesses since founding the privately-owned investment firm Mollenhour Gross LLC in 2004. Some of these have relocated to Knoxville.

Democratic lawmakers have centered their opposition on his role in Lucky Gunner, a Tennessee-based online ammo dealer owned by Mollenhour Gross LLC. Some also questioned how his resume qualified him for the education role.

“There are 7 million people in this state,” Democratic Senate Minority Jeff Yarbro said during debate last week. “We ought to be able to find one who is not involved in ongoing litigation about possible responsibility in a school shooting.”

Republican House Majority Leader William Lamberth defended Mollenhour on Thursday, saying that “if a person sells enough ammunition, there will be an evil person that misuses it.”

A lawsuit in Texas accuses Lucky Gunner of not verifying the age of Dimitrios Pagourtzis before selling him more than 100 rounds of ammunition, some of which were used to kill 10 people at Santa Fe High School, southeast of Houston, in 2018.

Pagourtzis was a 17-year-old junior at the time. Federal law prohibits minors from purchasing handgun ammunition, and also bars licensed gun companies from selling handgun or shotgun ammunition to minors.

Mollenhour is a defendant in the civil case. Last month, the Texas Supreme Court denied the company’s request to have the lawsuit dismissed.

Lucky Gunner and its owners had argued they were immune from litigation under the federal Protection of Lawful Commerce in Arms Act, which prohibits firearms and ammunition manufacturers and dealers from being held liable when their products are used in crimes.

Lucky Gunner had faced a similar lawsuit after the 2012 Aurora movie theater shooting in Colorado in which 12 people were killed. But a federal judge dismissed that lawsuit in 2015.

Mollenhour said in an emailed statement to The Tennessean last week that anti-gun groups used his nomination to “attack the 2nd amendment once again.”

“I reached out to a number of today’s critics many weeks ago and offered to answer any questions,” Mollenhour said. “I didn’t get a single question which only confirms that their antics today have nothing to do with facts. It was political theatre.”

Mollenhour, a campaign donor to Lee, is “an extremely successful business owner,” said Rep. Jason Zachary, a Republican from Mollenhour’s city of Knoxville. “He’s a philanthropist, very giving, very generous to the Knoxville community” and statewide.