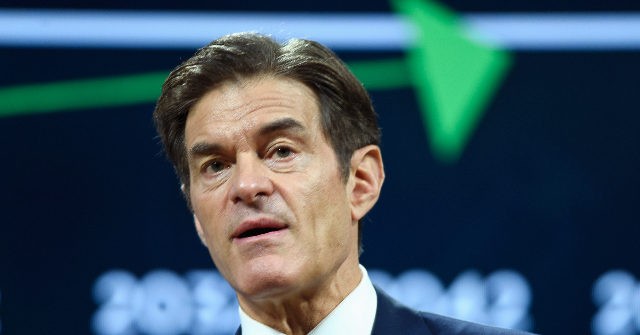 U.S. Senate candidate Dr. Oz has signaled that he will possibly change his stance on maintaining his dual citizenship with Turkey. Continue reading this story from Breitbart:

U.S. Senate candidate and television celebrity Dr. Mehmet Oz has flipped on his pledge to retain dual citizenship with Turkey.

Oz ignited controversy this week when he said that he would possibly forgo security clearances as a United States Senator in order to maintain dual citizenship with Turkey to care for his ailing mother, who suffers from Alzheimer’s Disease.

“I can love my country and love my mom,” he said, prompting sharp criticism from his opponent, Dave McCormick.

In a statement on Wednesday, Oz said that his dual citizenship with Turkey has become a “distraction,” adding that he will be a committed U.S. citizen if sworn in.

“My dual citizenship has become a distraction in this campaign,” he said. “I maintained it to care for my ailing mother, but after several weeks of discussions with my family, I’m committing that before I am sworn in as the next U.S. senator for Pennsylvania I will only be a U.S. citizen.”

Oz called the attacks from his primary opponent, Dave McCormick, “bigoted,” likening it to a time when Americans rejected Jews and Catholics.

“The bigoted attacks my opponent Dave McCormick has made against me as the child of immigrants or reminiscent of slurs made in the past about Catholics and Jews,” he said. “It is a sign of McCormick’s desperate campaign that he’s resorted to this disgraceful tactic. It’s completely disqualifying behavior for anyone aiming to serve in the United States Senate.”

Dave McCormick responded to Oz by calling on him to give up his dual citizenship with Turkey now.

“Do it now. Voters can’t trust Mehmet Oz. He has lied about his position on abortion, the 2nd Amendment, immigration, masks, and Fauci to name a few. Renounce your Turkish citizenship now. We won’t be fooled again,” he tweeted.