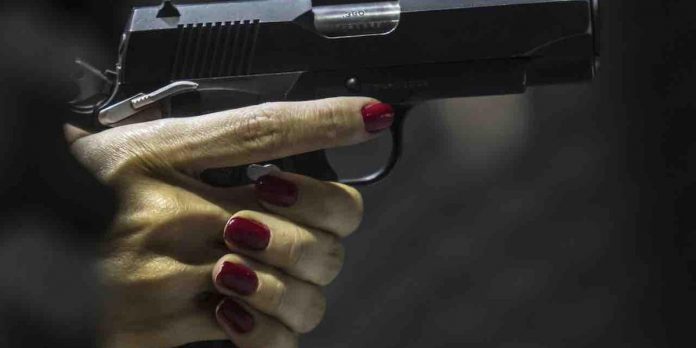 When the worst happens, we all should be ready to protect ourselves. A woman in Texas was prepared for just such an occasion when an intruder refused to leave her home. Continue reading this story from Blaze Media:

One guy sure picked the wrong Texas home to mess with.

The Harrison County Sheriff’s Office said a man forced his way into a Longview residence in the 1500 block of Juanita Road around 8 p.m. Friday.

But the problem for him was that the woman inside was armed with a gun. Authorities said she ordered the intruder to leave her home, but he refused.

Fearing for her safety, the homeowner fired one shot, striking the intruder, the sheriff’s office said.

Arriving deputies found the intruder wounded by a single gunshot and determined the shooting occurred while he was committing a burglary.

The intruder was taken to Longview Regional Hospital, then later transported to a Tyler hospital, the sheriff’s office said.

Authorities on Saturday morning secured an arrest warrant for burglary of habitation with intent to commit assault, the sheriff’s office noted, adding that the suspect was arrested once he was released from the Tyler hospital.

What did the sheriff have to say?

Harrison County Sheriff Brandon Fletcher — who told the paper George would be extradited from Smith County — said “this entire incident is an excellent example of the importance of our Second Amendment. I am thankful the homeowner was unharmed but also thankful the suspect in this episode will now face his consequences through the judicial system; it could have ended a lot worse.”