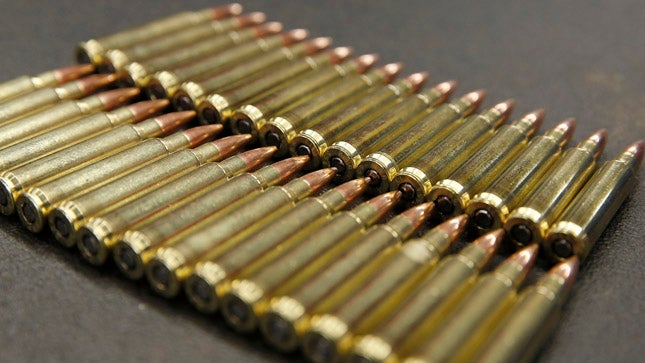 There are two things that Americans love more than anything. The first is the Second Amendment, the second is freedom. So it’s no surprise that a US based ammo company is stepping up to assist Ukrainian President Volodymyr Zelensky. Continue reading this story from The Hill:

An Arizona ammunitions company this week announced that it will send one million bullets to Ukraine following calls from Ukranian President Volodymyr Zelensky for more ammunition.

The company, AMMO, Inc., said that it will send the bullets without requesting payment in return, according to a local Fox News station.

“First of all, I believe in the Second Amendment. I also believe in freedom and democracy,” AMMO, Inc.’s CEO, Fred Wagenhals, told Fox 10 Phoenix.

Wagenhals previously built his fortune through NASCAR and later made the switch to producing guns, ammunition and other components of the weapons, the news outlet noted.

“I think we should donate,” Wagenhals said he told another executive, according to Fox 10.

He said he is currently waiting for the government to approve the shipment, but already has his private plane ready to make the delivery, Fox 10 reported. It is not yet known if the government will approve.

Wagenhals’s donation comes after Zelensky turned down an offer to evacuate at the start of the Russian invasion, saying “I need ammunition, not a ride.”

Remmington Arms also added that it plans to send ammunition to the country, making the announcement in a tweet on Friday.