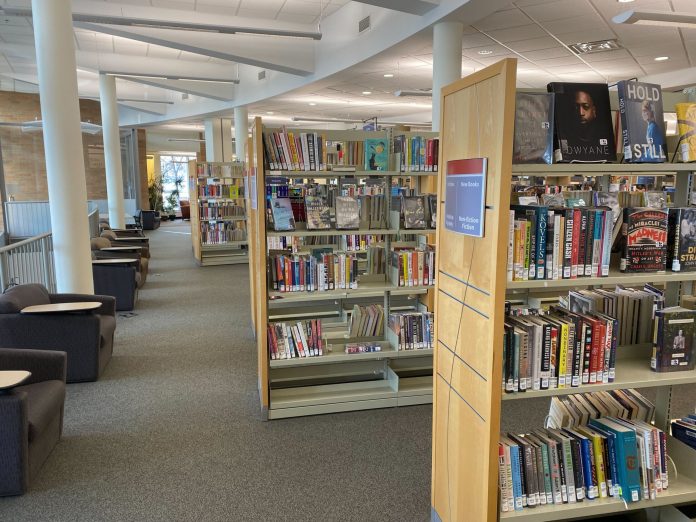 Book banning has become a hot topic as of late but another issue is currently taking place at public libraries. First Amendment audits, the act of visiting a public library to see if one is allowed to film inside. Continue reading this story from Michigan Advance:

There’s been a rise of “First Amendment auditors” visiting public libraries across the country and in Michigan over the last year, testing to see if they’re allowed to film inside the library.

Under First Amendment “audits,” when individuals go to public spaces, like police stations, city halls and libraries, to seek out First Amendment violations, have been happening for years. But according to the American Library Association’s (ALA) Office for Intellectual Freedom (OIF), these “audits” have become more aggressive since the start of 2021.

The First Amendment protects speech, religion, press, assembly and the right to petition the government.

“What are they looking for? Every single one of them is different. Some auditors are looking for fame and fortune on YouTube and other auditors are looking for confrontation,” said Deborah Mikula, executive director of the Michigan Library Association (MLA). “They’re looking to be confronted, either by the staff or by police, and they’re creating those videos to claim a violation of their First Amendment rights.”

It is the latest issue confronting public libraries, where a debate over banning certain books has garnered national attention.

Lance Werner, the executive director of the Kent District Library system in Grand Rapids, said that each of the KDL branches have been visited by auditors, but there haven’t been issues of harassment or hostility.

“We treat everybody with empathy, kindness, love and respect, even if they’re coming in and filming employees or asking pointed questions,” said Werner. “It’s of no concern to us. We’re transparent and we recognize everybody’s right to be in the library. We would only care if they were interfering with other patrons.”

The public has the right to film inside public buildings, but Michigan does have a Library Privacy Act, which protects a patron’s right to privacy of what they read and check out at the library.

“We’re paying attention to privacy issues of other patrons. That’s a really important part of the conversation for our libraries. Because it’s not just our librarians working at those buildings, but a lot of people are in those buildings, and we want to make sure that their privacy is upheld,” Mikula said.

The Michigan Library Association, which oversees the state’s 396 library systems, has been working to train librarians on how to de-escalate situations.

“We’re trying to make sure that our librarians feel comfortable in dealing with First Amendment audits, and that’s really all we can do,” Mikula said.

Libraries have been under an especially watchful eye in recent months as nationwide conversations about book-banning have started to heat up.

Most of these fights, organized by Republican groups, like the national organization No Left Turn in Education, have been targeting school libraries and aiming to ban books that discuss race, gender and sexuality.

But Werner said that since the start of last summer, the number of book challenges KDL has received has significantly increased, with informal challenges coming in about weekly.

There are very few books that would get banned from any of the KDL public libraries, Werner said. For a book to be removed from the library’s collection, it would have to be pornography or child pornography — which is not protected by the Constitution.

According to the ALA’s preliminary America’s Libraries Report, more than 330 unique book challenges nationwide were reported in the three-month period between Sept. 1 and Nov. 30, 2021. In that timeframe, there have been more than double the number of reports from 2020 (156 challenges) and it will likely outpace 2019 figures (377 challenges).

“We want to do the best we can by people and we’re going to protect the Constitution,” said Werner. “We’re going to treat everybody with kindness and society’s going to do what it’s going to do. I just wish everybody would understand that we really don’t have any agenda and we don’t support any agenda. We are politically agnostic.”