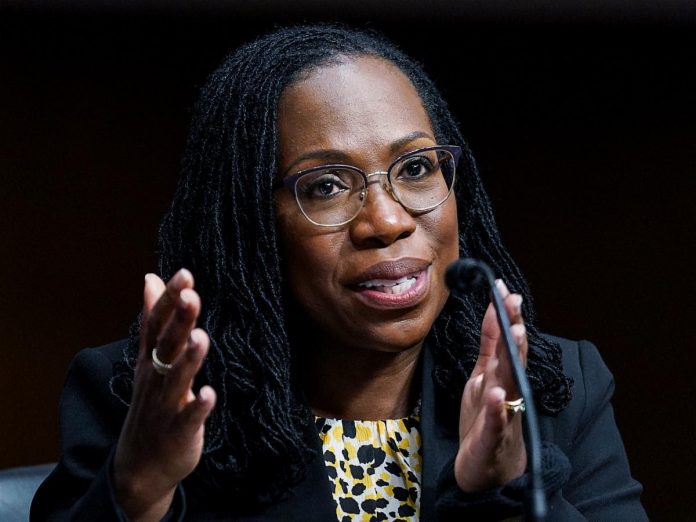 The anti-gun Brady Campaign applauded her nomination but was unable to cite any specific reason why in regard to firearms saying only, “President Biden has chosen wisely; Judge Brown Jackson is an experienced and thoughtful jurist. Her qualifications are beyond question. There is no doubt as to her judicial temperament. She will make an esteemed and valuable addition to the Supreme Court.”

On the nomination, NRA-ILA says, “Judge Ketanji Brown Jackson has never affirmed that the Second Amendment protects the individual, fundamental right of all Americans to keep and bear arms for the defense of themselves or others. Consequently, the NRA is concerned with President Biden’s decision to nominate her to the Supreme Court of the United States at a crucial time when there are vital cases that will determine the scope and future of the Second Amendment and self-defense rights in our country.​ As we always do, the NRA will monitor her statements during the confirmation process and advise our members accordingly.”

So, in short, she seems to be a reasonable pick to ‘balance’ out Barrett and one moderate enough to not catch a ton of partisan flack on some of the crucial issues while still playing to enough liberal progressive causes that it pleases/appeases the most people.

From her background, she reads like a typically competent judge that leans moderately left. She hasn’t really done anything on guns, so the praise of the anti-gun crowd seems to be mostly that she checks enough other boxes that they just assume she’ll ally there too. Her background is diverse in the legal field having done both public and private sides jumping, back and forth into new and more senior positions.

In short, she isn’t our ally or enemy on the record yet. This is not a legal field she has been asked to adjudicate. Our opposition to her is largely based on her associations, and her nomination by a decidedly anti-gun administration who is simply stymied and distracted at the moment.

She could turn out to, as many have, be a source of reason and competence upon the court. One who doesn’t simply fall in line with the political ideology of the nominators. We’ve seen that attitude out of both of the most recent additions to the court and Brown Jackson could follow that lead.

The Supreme Court continues to serve as the most moderating example of national leadership currently, as it should. I would like to see that continue. Brown Jackson is a far cry from the worst we could expect out of the Biden administration. It may mean that continuing the liberal balance on the court is going to be emphasizing different aspects of law, ones that do not touch on the 2nd Amendment as often. Brown Jackson has a much deeper background there in areas of law that touch on racial and social issues.