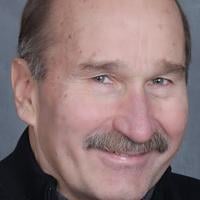 Timothy Pelzek is preparing his run for a position on the Marinette County Board, running on his traditional conservative values. Pelzek claims to be the first challenger to his opponent Ken Keller since 1998. Continue reading this story from ehextra.com

MARINETTE—Tim Pelzek has announced his candidacy for Marinette County Board supervisor in the 23rd District. This is a non-partisan race and the election will be held on April 5.

This is Pelzek’s first run for elective office and he hopes to bring a fresh new perspective to the county board. His opponent, Ken Keller, has run unopposed since 1998, according to Pelzek.

Pelzek believes he holds the same traditional conservative values as the majority of the people in the 23rd District such as fully supporting the right of the people to keep and bear arms (the 2nd Amendment) and all of the other rights enshrined in the Constitution and its amendments.

The major issues in his campaign include supporting law enforcement and county emergency management, ensuring the jail and the courts have enough resources to prosecute and keep dangerous criminals out of the community, and working on critical water issues such as the flooding problems in the Menekaunee area and water contamination. He also said he understands the need to expand employment opportunities in Marinette County.

Pelzek spent more than 31 years in public service as both a police officer and a professional firefighter before his retirement. Pelzek started the Marinette Police Department’s K-9 Unit’s 5k run/walk which was originally named Rigg’s Run.

Pelzek’s formal education includes earning two associate degrees, one in fire science and the other in computer information systems, and a Bachelor of Science Degree in Public Administration from Mount Senario College in Ladysmith, Wisconsin.

Pelzek’s hobbies include working on home projects, video editing and traveling. He and his wife Carolyn traveled to 49 States over a period of 11 years while living full-time in their 5th wheel camper. Pelzek said he understands the importance of well-maintained public campgrounds and will work to keep Marinette County’s campgrounds safe and inviting places for visitors, especially those with children.

Pelzek and his wife have been married 47 years and raised two daughters; one is a Catholic Nun and the other is married with two children who attend Merryman School. Pelzek and his wife are members of Holy Family Parish in Marinette.

Pelzek’s campaign plan includes knocking on every door in the 23rd District before the election.