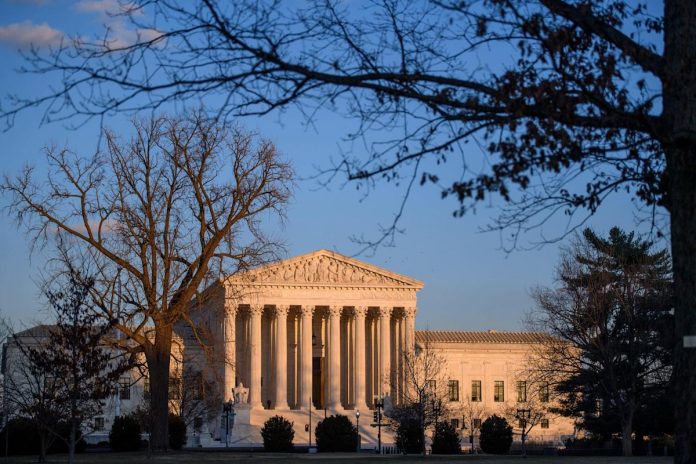 Religious freedom is once again taking center stage in the legal system. A case from Colorado may be heard in the United States Supreme Court in their next session. Continue reading this story from Yahoo News:

Washington — The Supreme Court on Tuesday said it will take up the case of a Colorado web designer who is opposed to creating wedding websites for same-sex couples because of her religious beliefs, in the latest clash to come before the court involving claims of religious liberty and state laws that prohibit discrimination on the basis of sexual orientation.

The court said in a brief order on its decision to wade into the dispute that it will decide the question of “whether applying a public-accommodation law to compel an artist to speak or stay silent violates the Free Speech Clause of the First Amendment.”

The case involves Lorie Smith, a graphic designer from Colorado who owns 303 Creative LLC and believes in accordance with her religious beliefs that marriage is between one man and one woman. According to filings with the Supreme Court, Smith plans to grow her business to design wedding websites that promote this belief and wants to post a statement on her website explaining she won’t create wedding websites for same-sex couples due to her religious conviction.

While no customer had asked her to design a specific wedding website and she had yet to offer the service, Smith challenged two provisions of a Colorado anti-discrimination law in federal court in 2016, arguing it violates her company’s free speech and free exercise rights under the First Amendment.

A federal district court sided with Colorado in the dispute and upheld the anti-discrimination law, and the 10th U.S. Circuit Court of Appeals affirmed the decision last year. Smith then appealed the 10th Circuit’s decision to the Supreme Court.

The case is the latest in a series of disputes that raise the question of whether a business owner can refuse service to LGBTQ customers because of their religious beliefs, based on the argument that anti-discrimination laws force her to create speech — by designing a website — that violates her conscience.

The Supreme Court in 2018 sided with a Colorado baker who was sued after he refused to bake a cake for a same-sex wedding, but did not address in its decision whether a business can deny service to LGBTQ people. Instead, the court ruled 7-2 that the Colorado Civil Rights Commission was hostile to baker Jack Phillips’ religious beliefs in violation of the First Amendment.

Since that 2018 decision, the ideological composition of the Supreme Court has shifted, following the retirement of Justice Anthony Kennedy and death of Justice Ruth Bader Ginsburg. The court now boasts a 6-3 conservative majority and has in several cases been sympathetic to religious organizations.

The justices will likely hear Smith’s case in its next term, which begins in October.

Colorado officials urged the Supreme Court to spurn the dispute, arguing the anti-discrimination law does not require Smith’s company to “say any particular message or require it to endorse any worldview.”

But lawyers for Smith told the court that until it steps in and recognizes the “sharp line between status discrimination on the one hand, and message-based or participation declinations on the other,” government officials will “harm those with opposing views, activists will continue to file (and re-file) cases designed to target those with deeply held religious beliefs, and courts will continue to face harassing litigation that lasts years on end.”

Police: Man impersonated officer to steal $70 worth of gas

Author Linda Hirshman on why the abolitionist movement is important today