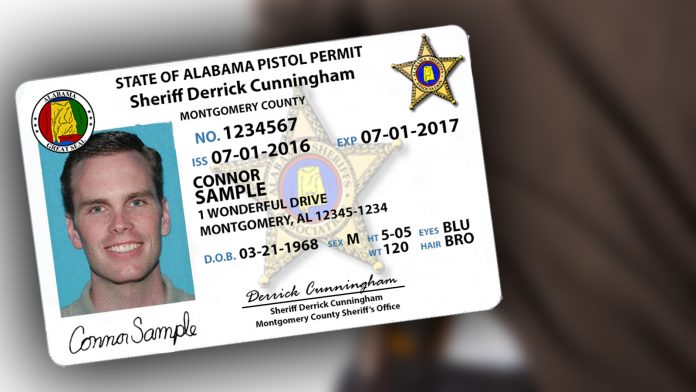 Gun right have just been expanded in the state of Alabama. Alabama’s state house has just passed permitless carry, making it easier for people in the state to conceal carry. Continue reading this story from the Alabama Political Reporter:

Permits may soon no longer be necessary for the concealed carry of pistols in Alabama.

The House voted 65-37 in favor of the bill Tuesday evening after two hours of debate, with nine Republicans joining Democrats in opposition to the bill.

Law enforcement officers packed the House gallery during the debate, and when asked by Rep Louise Alexander, D-Bessemer, to raise their hands if they were there in support of the bill, none did.

The bill does not eliminate pistol permits— they are still required in certain areas and for some interstate travel. But the legislation eliminates the legal requirement for a permit to be carried in the state.

“The fact of the matter is criminals don’t obey laws,” Stringer said. “A $20 plastic permit is not going to prevent wrongdoing or law enforcement officers from getting hurt or killed.”

Although Stringer conceded that many members of Alabama law enforcement opposed the bill, he said sheriffs in other states that have enacted the legislation told him there was no significant change in crime, and that in most cases the number of permit purchases went unchanged.

Rep. Allen Farley, R-McCalla, was the lone Republican to speak out against the bill Tuesday.

“I’ve debated this for 12 years,” Farley said. “People say ‘Well, if you buy a gun, they’re going to run a background check on you.’ But 20 to 40 percent of people with guns didn’t buy them from a store where a background check is run on them … This is another safety net for us to catch those people that should not have a firearm. It’s another tool in the toolbox.”

Rep. Proncey Robertson, R-Mount Hope, said he once shared that sentiment but now thinks permits are outdated to evolving technology.

“There are a lot of tools that we carry,” Robertson said. “These tools evolve over time. Technology has changed and we should evolve and change with that as a society. There was time in my opinion when pistol permits were needed. Some people had different reasons for those needs, some pure and some not. With any process we’re looking at, we should be looking for ways to do it better.”

It was Robertson who previously introduced a lifetime pistol permit bill that passed the Legislature, following that up with the creation of the prohibited persons database to ensure that there is a way for law enforcement to monitor and ensure those permit holders still have the right to carry a firearm.

Rep. Peblin Warren, D-Tuskegee, read a letter from Montgomery County Sheriff Derrick Cunningham, which said pistol permits are a safety net that have prevented guns from being carried by people with a criminal history or severe mental illness.

Several other Democratic lawmakers also argued that the bill endangers police officers as well as the public.

The bill now moves to the Senate for consideration.