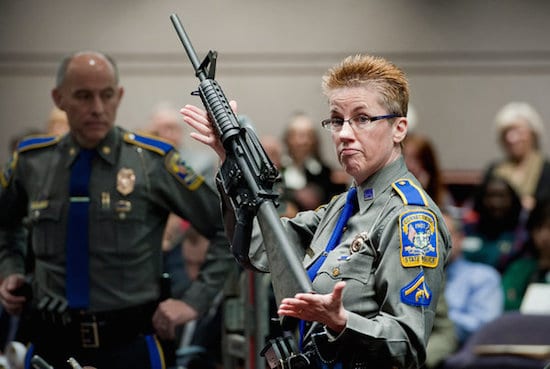 In a chilling precedent that opens the way for more lawsuits against manufacturers for products their consumers misuse, Remington has agreed to pay $73 million dollars to the suing families in the Sandy Hook case after they alleged the products were marketed dangerously and that the weapons are substantially similar to the M16.

Remington Arms agreed Tuesday to settle liability claims from the families of five adults and four children killed in the massacre at Sandy Hook Elementary School, according to a new court filing, marking the first time a gun manufacturer has been held liable for a mass shooting in the U.S. – ABC News (full article at link)

The settlement comes over seven years after the families sued the maker of the Bushmaster XM15-E2S semiautomatic rifle that was used in the 2012 mass shooting in Newtown, Connecticut.

The lawsuit, now settled, stated that both the AR-15 sold by Remington is substantially similar to the M16 and M4 rifles used by the military (objectively true, but also true of most products the military uses. These aren’t main battle tanks.) and that they had been reckless in their advertising.

The allegation was the combination that the similarities between military arms and the AR-15 and the ‘macho’ advertising encouraged the aggressive behavior in Adam Lanza that resulted in the massacre at Sandy Hook.

This is a highly dangerous precedent. Especially for smaller manufacturers who operate on tighter margins.

For any manufacturer or retailer who as ever run an ad that could be considered edgy, macho, aggressive, or otherwise encouraging violence in any abstract sort of way… considering these are weapons and violence doesn’t change all that much, beyond initiation, between defensive and offensive that opens a ton of terrifying doorways.

From Remingtons perspective it may have finally been cheaper to settle, I don’t know, but from the industry’s point of view this is offering a gateway for lawsuits after any shooting. This might include retailers too, small little mom and pop shops that can’t read a customer’s mind and have no information beyond what they volunteer and what the FBI says back from NICS. This could cripple small start-ups if their rifle or handgun gets used in a shooting of high enough profile.

This will hurt the industry, unless the terms of the settlement are far more favorable than I believe them to be.