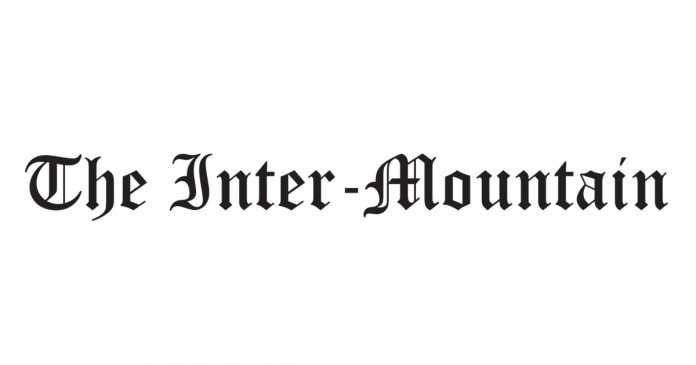 Critical Race Theory has been a hot button issue for a while now and there are efforts to stop its proliferation in schools. Supporters say its just an unbiased teaching of the history of the United States and opponents say its stoking racial tensions and teaching students that they are to blame for issues beyond their control. Continue reading this story from The Intermountain:

CHARLESTON — Controversy stemming from a bill aimed at further curriculum transparency and limiting discussion of topics linked to philosophies under the umbrella of Critical Race Theory continued Monday after a House of Delegates committee cut off all debate on the bill.

Before leaving town last Thursday afternoon to beat the impending ice storm, the House Education Committee recommended House Bill 4011 for passage, creating the Anti-Stereotyping Act. The recommendation came after a motion to halt further amendments and debate was adopted by the Republican members of the committee.

Delegate Danielle Walker, D-Monongalia, is a member of the House Education Committee and the House’s lone black woman. Walker was still unhappy that debate on HB 4011 was cut off before the committee could hear from representatives of the teachers’ unions or offer amendments.

“When I still have questions to be asked, why would you move the question? You actually gagged the 1st Amendment,” Walker said during a virtual press conference Monday morning. “What are you so scared of when we need to vet a bill?”

HB 4011 focuses on two key areas: curriculum transparency, and prohibiting the teaching and discussion of specific racial and non-discrimination topics often categorized under the name Critical Race Theory, or CRT.

The bill would require schools to post all training materials and curriculum online pertaining to non-discrimination, diversity, equity, inclusion, race, ethnicity, sex, bias, or any combination of those concepts. It would prohibit the promotion or endorsement by school employees and county school boards of stereotypes based on race, sex, ethnicity, religion, or national origin.

“It specifically addresses precise things we don’t want to have discussed in schools when it comes to things along the lines of stereotyping based on race, ethnicity, and religion,” said the bill’s lead sponsor, Delegate Chris Pritt, R-Kanawha.

Pritt told committee members last week he could not point to any specific examples of CRT concepts or anti-racism, often associated with the teachings of Ibrim X. Kendi and Robin DiAngelo, being done in West Virginia. But Pritt had a video on his phone Monday showing a Wheeling Park High School teacher talking about these topics.

“I use anti-racism literature by Dr. (Ibrim X.) Kendi to integrate with and get a full view on so we can talk about racism in the classroom and actually work towards anti-racism in our discussions,” the teacher said.

CRT and anti-racism have become divisive topics in school systems and states across the country, with groups, such as the conservative Manhattan Institute and the Pacific Legal Foundation, offering model legislation similar to HB 4011.

Walker was joined by several groups for Monday’s press conference opposing HB 4011, including West Virginia NOW, the West Virginia NAACP and the West Virginia Coalition for Truth in History. They called the bill a backdoor way of censoring teachers and chilling free speech and discussion of race and other issues.

“The bills we are here to talk about are sourced from national trend limiting speech from educators and employers,” said Cheyenne Luzynski, a teaching assistant with the West Virginia University Leadership Studies Program. “They are an outgrowth of the false narrative that teaching the truth is somehow stereotyping.”

“I see the intent of these bills as an obvious attempt to instill fear in teachers who are committed to teaching accurate history and contemporary social issues,” said Audra Slocum, an associate professor of English education in the Department of Curriculum and Instruction in the College of Education and Human Services at WVU. “The notion that these (bills) will create more authentic and meaningful conversations is far from the truth. What they’re really doing is creating and sponsoring white panic in our schools.”

HB 4011 is just one of several bills introduced this legislative session dealing with CRT and anti-racism. Senate Bill 183 would prohibit the teaching of divisive acts and CRT in public schools. Senate Bill 498 would create the Anti-Racism Act. House Bill 4016 would create the Anti-Racism, Anti-Sexism and Prevention of Political-Economic Bias in School Curriculum and Pedagogy Act.

Senate Bill 587, introduced Monday by Sen. Mike Azinger, R-Wood, would require the Governor’s Office to create a tip line for the public to report the teaching of CRT and alert county boards of education. The bill is based on a similar tip line put in place by Virginia Gov. Glenn Youngkin.

“Whenever someone sees or hears of critical race theory being taught in any of the schools, there would be a place to call and let folks know,” Azinger said Monday afternoon. “Critical Race Theory is antithetical to the founding of our republic.”

“If that’s not right out of the Soviet Union, you tell me differently,” Brown said. “We must challenge these individuals who introduce these bills, and we must inform the public of what they’re doing.”

“I think that it would be the inverse,” Azinger said in response to Brown’s Soviet Union comment. “It’s Marxist fundamentally in that it teaches the paradigm of the oppressor and the oppressed, which (Karl) Marx taught in a different dynamic that was an economic dynamic. This is a racist dynamic that is being pushed today in the schools.”

A public hearing on HB 4011 will take place at 9 a.m. Wednesday in the chamber of the House of Delegates.

Today’s breaking news and more in your inbox