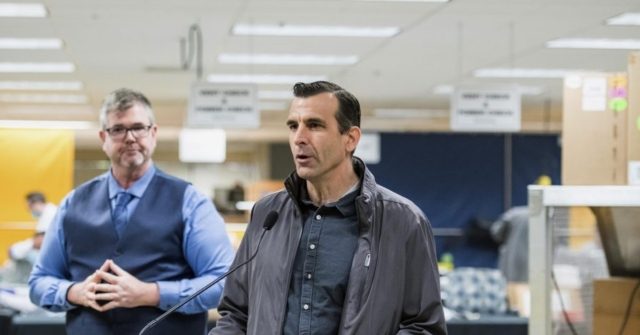 Slate notes the city fee is $25 and quotes Mayor Liccardo saying the funds collected will go to a foundation overseen by “Stanford professors, an epidemiologist who has been focused on gun harm, and nonprofit experts who understand domestic violence prevention programs, suicide prevention.”

Liccardo explained that the ordinance requiring the fee is “civil,” rather than criminal in nature. However, he made clear that failure to pay the fee can result of seizure of a firearm.

For example, there’s a bar brawl and they’re patting down everybody and someone’s got a gun. “Have you paid your fee? You have insurance?” “No.” OK, well, there’s an opportunity for us to remove the gun. And then when the gun owner comes back and demonstrates that they comply with the law and they’re a lawful gun owner, they get their gun back. But in the meantime, you’ve taken a gun out of a bar brawl. And that’s not a bad thing.

Liccardo then took exception to the suggestion the city fee is actually a tax on guns:

I don’t blame anyone for being emotional about this. These are really important issues that go to the core of what we believe about freedoms and rights and our own safety. But I’d say this. First, it’s a fee, it’s not a tax, and I won’t go into the details about what the difference is, but the reality is that in this country, there have been taxes on guns and ammunition since at least 1919, and they’ve been upheld by the courts. So the fact that there’s a constitutional right attached somewhere to the exercise of a particular activity doesn’t mean it can’t be regulated, taxed, or have a fee imposed.

The text of the Second Amendment ends with four words, “Shall not be infringed.”