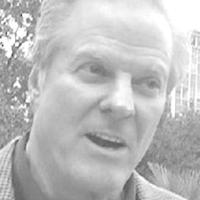 San Jose’s mandatory insurance requirement for gun owners has drawn attention from gun advocates. Will this added attention be enough to turn the tides against this bill. Continue reading this story from hammondstar.com:

You think insurance policyholders in Louisiana face huge insurance requirements? How about living in San Jose, California, where the city council just voted to adopt a first-in-the-nation ordinance requiring most gun owners to pay a fee and carry liability insurance. Gun owners in droves turned out to protest this proposal, saying such an ordinance would violate the second amendment. But to no avail.

So how about this proposal to force every gun owner to buy liability insurance? Is such a requirement the wave of the future? The mayor of San Jose argues that after all, if you drive a car, you are required by every state in the U.S. to have liability insurance. So, if drivers must have auto insurance, why shouldn’t gun owners have to have gun owner’s insurance?

Here’s the difference between requiring the purchase of car insurance as compared to gun insurance. Courts nationwide have determined that driving is a privilege.

And not a (second amendment) right as defended by gun owners. A driver is generally on a public highway, built with taxpayer funds, and the “rules of the road” require liability insurance. It should be pointed out that a driver is not required to have either a driver’s license or insurance if the vehicle is driven on private property. I taught my kids and assorted nieces and nephews to drive at our family camp in rural Louisiana, where they could practice on dirt roads. No license or insurance necessary.

Based on my experience as a former Louisiana insurance commissioner, I can also tell readers that the cost of such proposed gun liability insurance would not come cheap. New York is presently considering in their legislature a proposal to require every gun owner to have a minimum of $1 million in liability coverage. I have not sat down with insurance actuaries to figure out specifically what the premium would be, but I would estimate that a gun-owner is looking at a minimum of $2,000 a year to pay for such insurance.

The insurance premium could be significantly more for someone living in the inner city. Such a cost would price the ownership of a gun outside the reach of the average citizen.

Unless the activity to be insured is considered a privilege, then there is no requirement or a “right” to insure any object or undertaking. I did not have to insure my house, but it just makes good financial sense to do so. There is no requirement that an individual have life insurance. One makes such a choice to protect their loved ones when they die. Many people have general liability insurance coverage on any activity that might subject them to a lawsuit. That would include protection against a lawsuit involving a gun accident. But purchasing such insurance is not mandatory. It’s a choice.

In the months to come, numerous ideas will be floated in an effort to regulate gun ownership.

Certainly, there are some people who should not be in the possession of a gun. But requiring mandatory gun insurance is not reasonable, much less a practical limitation that should be placed on law-abiding citizens. In the face of violent criminal threat, your weapon and your wits may be all you have to protect yourself.