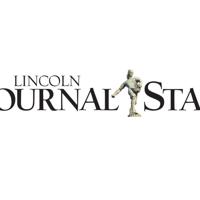 Georgia is shaking up its approach to how citizens exercise their gun rights. There is a bill making its way to the state Senate Judiciary committee that would remove the need for a license to carry a handgun in public. Continue reading this story from the Lincoln Journal Star:

ATLANTA (AP) — A Georgia bill that would do away with the need for a license to carry a handgun in public advanced Tuesday despite concerns from a Democrat that it would make it easier for criminals to get guns and increase violence.

Georgia’s Republican governor, Brian Kemp, has backed the revocation, saying Georgia residents should have their constitutional rights protected and be able to protect themselves and their families amid a spike in violent crime.

The bill in front of the state Senate Judiciary committee Tuesday would do away with the need for a license to carry a handgun in public — either openly or concealed on one’s body. The current license requirement includes a background check to keep guns from certain people, including convicted felons.

Sen. Jason Anavitarte, the Republican co-sponsor of the so-called constitutional carry legislation, said gun purchases would still trigger background checks, and criminals were unlikely to go through the state’s permit process anyway. He also rejected concerns about the bill’s effect on violence.

“The requirement to have a permit does not deter nor disincentive a criminal from carrying a firearm concealed,” he said before the Judiciary committee passed the bill. “They will do it regardless. Permitless carry gives criminals a reason to fear that any potential victim could be armed.”

Sen. Elena Parent, a Democrat who represents parts of DeKalb County, pressed Anavitarte about the loss of a background check, suggesting he was presenting a bill that would “remove one of the very small” ways of keeping guns from criminals and certain other people.

Other Democrats on the committee questioned whether the license presented a significant burden to 2nd Amendment rights and whether law enforcement groups had been consulted.

Anavitarte said concerns about gun violence and safety were best addressed by investing in law enforcement and policing.

Georgia currently requires people to obtain a license to carry a loaded handgun outside their own homes, businesses or cars, although people can carry rifles and shotguns in many places without a permit and carry unloaded guns in cases.

To obtain a weapons license, state residents must submit an application and fee and undergo fingerprinting in addition to a background check. Convicted felons and people who have been hospitalized for mental health problems or received treatment for drugs or alcohol in the years preceding the application are not eligible.

Copyright 2022 The Associated Press. All rights reserved. This material may not be published, broadcast, rewritten or redistributed without permission.

Stay up-to-date on the latest in local and national government and political topics with our newsletter.