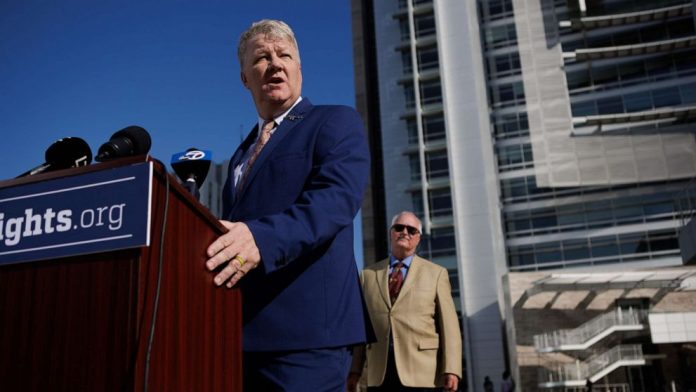 Unsurprisingly the groundbreaking gun law that passed in San Jose, CA is being meet with lawsuits from those that oppose the measure. The law requires that gun owners purchase liability insurance in an effort to reduce gun harm. Continue reading this story from ABC 7 New York:
The National Association for Gun Rights filed a lawsuit against the city of San Jose, California, seeking to end a rule passed by city council which aims to reduce gun harm.The rule, passed on Tuesday, requires gun owners to purchase liability insurance and pay an annual “gun harm reduction” fee. Gun owners will also be required to pay city cost recovery fees related to the program’s implementation.

“Liability insurance can reduce the number of gun incidents by encouraging safer behavior and it can also provide coverage for losses and damages related to gun incidents,” the bill states.

In the lawsuit, the National Association for Gun Rights claimed the new rule is unconstitutional.

“San Jose’s imposition of a tax, fee, or other arbitrary cost on gun ownership is intended to suppress gun ownership without furthering any government interest. In fact, the penalties for nonpayment of the insurance and fees include seizure of the citizen’s gun,” the lawsuit said. “The Ordinance is, therefore, patently unconstitutional”

The bill, which the group is attempting to strike down, will become law on July 25, six months after it was passed.

“If left intact, the City of San Jose’s Ordinance would strike at the very core of the fundamental constitutional right to keep and bear arms and defend one’s home,” the gun rights group said in the lawsuit.

“They want to tax law-abiding gun owners simply for exercising their Second Amendment rights,” the association said in a post on its website. “This is just as unthinkable as imposing a ‘free speech tax’ or a ‘church attendance tax.'”

“If this California city can tax citizen’s Second Amendment rights, gun grabbers in cities all across the country will quickly follow suit,” the association said on its website.

San Jose Mayor Sam Liccardo said he plans to support efforts to replicate these initiatives across the nation.

“Tonight San José became the first city in the United States to enact an ordinance to require gun owners to purchase liability insurance, and to invest funds generated from fees paid by gun owners into evidence-based initiatives to reduce gun violence and gun harm,” Liccardo said in a statement on Tuesday.

The mayor’s office and the National Association for Gun Rights did not immediately respond to ABC News’ request for comment.