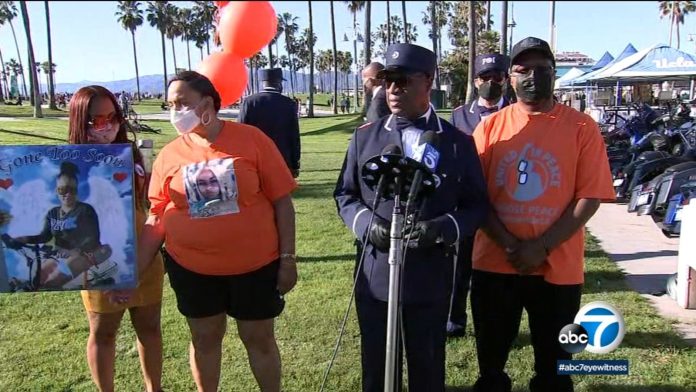 Losing a loved one is never an easy thing to process. Navigating those emotions, while trying to get to bottom of what happened to them. Continue reading this story from News Nation USA:
LOS ANGELES (KABC) — The family of a young mother, who was shot and killed near the Venice Beach Boardwalk in December 2020, gathered near the murder location to demand more be done to find her killer.

Ky Alicia Thomas was just 28 years old, with a newborn son less than four weeks old, and an 8-year-old daughter.

Police say there was some sort of dispute involving Thomas, her boyfriend, and three men in the area of Ocean Front Walk, south of Windward Avenue.

At one point, a shooting occurred. When officers arrived, they found the young mother unconscious and not breathing. She died at the hospital.

Thomas’ mother called out the Los Angeles City Council saying the case is being untreated differently because of race.

“She left behind two kids. But you guys can put up a reward for the girl who was killed in Hancock Park, but because my daughter was African American there was nothing done. Her two kids. What about her two kids?” said Cortlyn Bridges.

Eyewitness News reached out to the L.A. City Council for comment and is waiting to hear back.