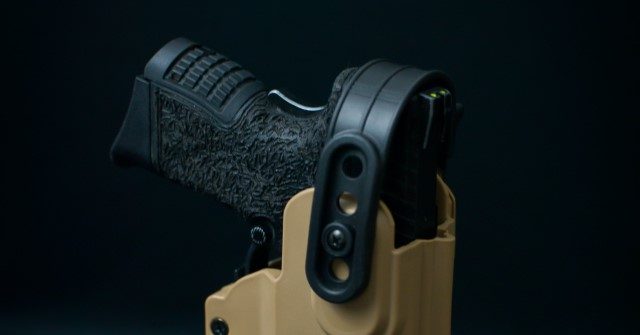 There has been a team effort from the Alabama Sheriff’s Association and the group Moms Demand Action, which has ties to Mike Bloomberg. The two forces are working together to push back against the constitutional carry legislation. Continue reading this story curtesy of Breitbart:

The NRA-ILA, the lobbying arm of the National Rifle Association of America (NRA), points to a report by 1819 News wherein Timmons is quoted explaining his disappointment that the Supreme Court of the United States had not issued a ruling limiting Second Amendment rights to the exercise of self-defense in one’s home.

1819 News asked Timmons if he would support an amendment to the Constitution explicitly limiting Second Amendment rights to the home and he said, “Oh yeah…I’d be in favor of that. But, I mean, it would never get passed.”

Timmons also told 1819 News that he believes the carrying of a gun ought to require a permit in the same way that driving a car requires a license: “Absolutely without question for public safety just like a driver’s license, you need a driver’s license. If you don’t have a license, you can’t drive. If you don’t have a permit, you can’t carry a concealed gun.”

Mobile Sheriff Sam Cochran is also opposing the multiple constitutional carry bills that have been put forward in Alabama.

On December 29, 2021, AL.com reported that Cochran suggested constitutional carry would create an environment where a criminal who currently cannot carry a gun would be able to do so.

Cochran said, “If these legislators vote and it passes, I will definitely call them out if the first time a police officer or citizen is killed [–] if this results in someone being killed.”

AWR Hawkins is an award-winning Second Amendment columnist for Breitbart News and the writer/curator of Down Range with AWR Hawkins, a weekly newsletter focused on all things Second Amendment, also for Breitbart News. He is the political analyst for Armed American Radio. Follow him on Twitter: @AWRHawkins. Reach him at awrhawkins@breitbart.com. You can sign up to get Down Range at breitbart.com/downrange.