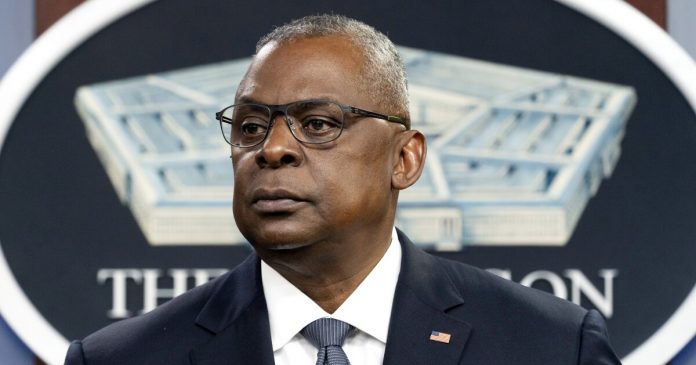 Combating extremism in the ranks in a post-GWOT military has been something, arguably, that has been very poorly handled by the Department of Defense. Instead of a nuanced approach that still focused the military’s efforts upon warfighting, several series of poorly written and even more poorly implemented strategies were adopted.
These have, again arguably, made the problem worse as it alienated servicemen and woman by a combination of misplacing emphasis or not tackling other pressing issues, such as housing, sexual assault, basic maintenance of equipment, service member suicide and mental health, or any number of much less delicate issues that would also have the benefit of reducing the conditions that foment extremism in the first place. It is difficult to recruit and turn anyone in a content, productive, and focused force who believe in their mission and respect their higher authority. That is assuredly not the DoD we have currently as it is commonly believed that higher authority is against you, even basic living condition standards are often absent or told to be “sucked up and dealt with,” and that yes men and yes women get roles that should be held by professional warfighters.
The LA Times has a breakdown on the new in text policy. Actual extremist actions taken by servicemembers that the DoD or civilian courts have acted on remain very rare compared to the size of the serving force.
WASHINGTON —

Warning that extremism in the ranks is increasing, Pentagon officials are issuing detailed new rules prohibiting service members from actively engaging in extremist activities. The new guidelines come nearly a year after some current and former service members participated in the riot at the U.S. Capitol, triggering a broad department review.

Senior defense officials tell the Associated Press that fewer than 100 military members are known to have been involved in substantiated cases of extremist activity in the past year, but they warn that the number may grow given recent spikes in domestic violent extremism, particularly among veterans.

Officials said the new policy doesn’t largely change what is prohibited, but is more of an effort to make sure troops are clear on what they can and can’t do, while still protecting their 1st Amendment free speech rights. And for the first time, it is far more specific about social media.

The new policy lays out in detail the banned activities, which include advocating terrorism, supporting the overthrow of the government, fundraising or rallying on behalf of an extremist group, or “liking” or reposting extremist views on social media. The rules also specify that commanders must determine two things in order for someone to be held accountable: that the action was an extremist activity, as defined in the rules, and that the service member “actively participated” in that prohibited activity.

Previous policies banned extremist activities but didn’t go into such great detail, and also did not specify the two- step process to determine someone accountable.

What was wrong yesterday is still wrong today, said one senior defense official. But several officials said that as a study group spoke with service members this year they found that many wanted clearer definitions of what was not allowed. The officials spoke about the new rules on condition of anonymity because they have not yet been made public.

The military has long been aware of small numbers of white supremacists and other extremists among the troops. But Defense Secretary Lloyd J. Austin III and other leaders launched a broader campaign to root out extremism in the force after it became clear that military veterans and some current service members were present at the Jan. 6 insurrection.

In a message to the force Monday, Austin said the department believes that only a few service members violate their oath and participate in extremist activities. But, he added, “even the actions of a few can have an outsized impact on unit cohesion, morale and readiness — and the physical harm some of these activities can engender can undermine the safety of our people.”

The risk of extremism in the military can be more dangerous because many service members have access to classified information about sensitive military operations or other national security information that could help adversaries. And extremist groups routinely recruit former and current service members because of their familiarity with weapons and combat tactics.

Officials said that the substantiated cases may be small, compared to the size of the military, which includes more than 2 million active duty and reserve troops. The number appears to be an increase over previous years where the totals were in the low two-digits. But they also noted that data have not been consistent so it is difficult to identify trends.

The new rules do not provide a list of extremist organizations. Instead, it is up to commanders to determine if a service member is actively conducting extremist activities based on the definitions, rather than on a list of groups that may be constantly changing, officials said.

Asked whether troops can simply be members of an extremist organization, officials said the rules effectively prohibit membership in any meaningful way — such as the payment of dues or other actions that could be considered “active participation.”

The regulations lay out six broad groups of extremist activities, and then provide 14 different definitions that constitute active participation.

Soon after taking office, Austin ordered military leaders to schedule a so-called “stand-down” day and spend time talking to their troops about extremism in the ranks.

The new rules apply to all of the military services, including the Coast Guard, which in peacetime is part of the Department of Homeland Security. They were developed through recommendations from the Countering Extremist Activities Working Group. And they make the distinction, for example, that troops may possess extremist materials, but they can’t attempt to distribute them, and although they can observe an extremist rally, they can’t participate, fund or support one.

The rules, said the officials, focus on behavior, not ideology. So service members have whatever political, religious or other beliefs that they want, but their actions and behavior are governed.

In addition to the new rules, the Pentagon is expanding its screening for recruits to include a deeper look at potential extremist activities. Some activities may not totally prevent someone from joining the military, but require a closer look at the applicant.

The department also is expanding education and training for current military members, and more specifically for those leaving the service who may be suddenly subject to recruitment by extremist organizations.

More than 650 people have been charged in the Jan. 6 insurrection at the Capitol, including dozens of veterans and about a half dozen active-duty service members. Among them was an Army reservist who wore a Hitler mustache to his job at a Navy base.

Some of the rioters facing the most serious charges, including members of far-right extremist groups, have military backgrounds. In several of the prosecution cases already, the Justice Department has cited a rioter’s military service as a factor weighing in favor of a jail sentence or house arrest. Prosecutors have repeatedly maintained that veterans’ service, while commendable, made their actions on Jan. 6 more egregious.