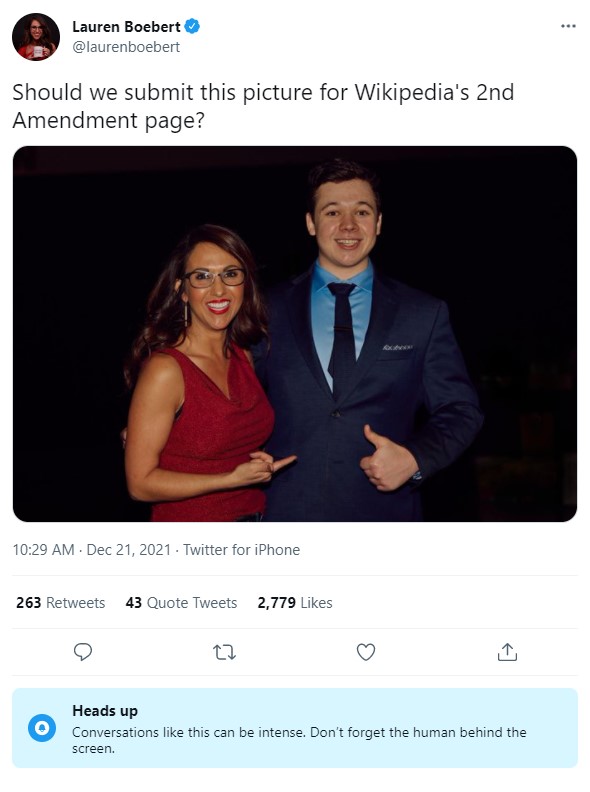 Kyle Rittenhouse is set to be a lightning rod figure for the foreseeable future, and pro-2A voices are latching onto the young man’s acquittal and national fame to keep the dialogue going.

Colorado Rep. Lauren Boebert of Colorado, another very public and very pro-2A figure, posed at a conservative conference with Rittenhouse and pushed forward the 2nd Amendment and self defense narratives that saved Kyle. The trial will shape the future of self defense law and can be looked at as a very positive direction for the courts to decide, regardless of whether or not the decisions to be in the area of the protests, riots, and other chaos can at any point be called wise.

“Should we submit this picture for Wikipedia’s 2nd Amendment page?” Boebert tweeted.

A few minutes earlier, Boebert tweeted: “Authenticity seems to be banned in Washington DC. That’s why they hate me so much. Deal with it, libs.”

“The Radical Left spent the past few weeks trying to CANCEL me. I’ll NEVER stop calling out their BS & they know it!” she also tweeted Tuesday.

On Monday, Boebert changed her profile picture to a shot of her holding a mug that read “Liberal tears.”