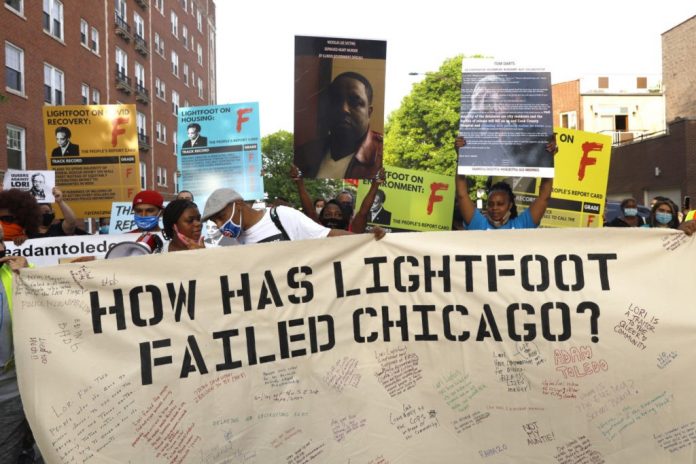 While I believe Breitbart to be as partial as the next source in many respects, partial or partisan and wrong are not the same things. And anything pointing out the absurdly poor efforts that Chicago politicos are putting into solving their criminal problems and the far more absurd blame game they like to play makes for enjoyable reading.

There have been over 800 homicides at this point in 2021 in Mayor Lori Lightfoot’s (D) Chicago.

The Chicago Sun-Times reports the city hit the figure of 800 homicides on Tuesday, when 23-year-old Sheridan Freeman was shot dead inside a home in West Pullman.

By Thursday, WBEZ Chicago noted the number of homicides in the city was at 812 for the year.

Chicago has long had a problem with gun crime and the vast majority of this year’s homicide victims were killed with guns.

For example, HeyJackass.com lists 776 people shot and killed in Chicago this year and another 4,403 shot and wounded.

At least 11 people have been shot and killed this week alone in the troubled city.

People gather to protest Chicago Mayor Lori Lightfoot’s policies as they march towards her home on the two-year anniversary of her inauguration, Thursday, May 20, 2021 in Chicago. (AP Photo/Shafkat Anowar)

FOX32 tracked this year’s surging Chicago homicides and noted in November that the city’s death numbers were well-ahead of those posted during recent years.