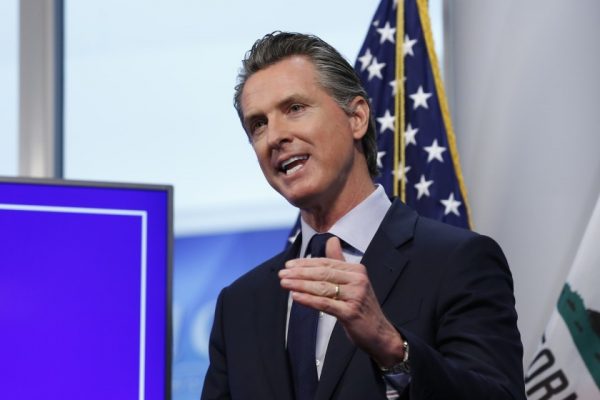 The controversial Texas abortion law that allowed residents to seek steep financial penalties from one another for violations is being used as the justification and framework for attacks on the 2nd Amendment by California Governor Gavin Newsom. Using the law’s structure, Gavin is seeking to craft policy in the same framework so that California residents can crush gun owners, retailers, and manufacturers under financial pressure.

California Governor Gavin Newsom on Saturday announced plans to use a U.S. Supreme Court ruling on a controversial law that limits abortions in Texas to develop legislation to provide members of the public an avenue for filing lawsuits against gun manufacturers and sellers of assault weapons and ghost guns.

“If states can shield their laws from review by federal courts, then California will use that authority to help protect lives,” Newsom tweeted. “We will work to create the ability for private citizens to sue anyone who manufactures, distributes, or sells an assault weapon or ghost gun kit or parts in California.”

In response to last week’s ruling on the Texas law, Newson directed the California Legislature and Attorney General Rob Bonta to work on a bill that will allow private citizens to seek up to $10,000 in damages per violation. If emulating Texas keeps “devastating weapons off the street,” Newsom wants do move forward.

“I am outraged by yesterday’s U.S. Supreme Court decision allowing Texas’s ban on most abortion services to remain in place,” Newsom said in a statement. “If states can now shield their laws from review by the federal courts that compare assault weapons to Swiss Army knives, then California will use that authority to protect people’s lives, where Texas used it to put women in harm’s way.”