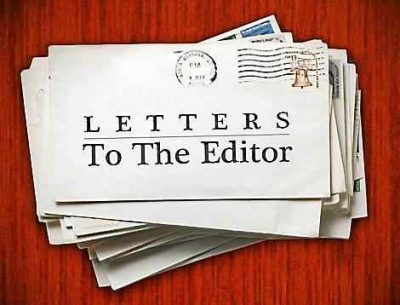 The ‘Appeal to Authority’ fallacy is alive and well. Using someone’s Ph.D. or their relation to a tragedy as the crux of listening to an argument they make on law or security policy is a recipe for failure. I won’t say disaster as, even in their grief, some of these people to genuinely intend to try their best to solve issues like gun violence… however they are often both willfully and woefully under informed and equally woefully obstinate to hearing physical security solutions.
In short, they ultimately only want to hear rules and answers they ‘like’ instead of measures that have demonstrable combined effects and that no solution is perfect or fool-proof. They don’t want to be told there is nothing we can do to ultimately prevent shootings, to prevent killings, because there will always be someone motivated to kill. These people, as intelligent as they may ultimately be, are willing to trade on their success and expertise in one field to shill for an emotive outcome that has no basis in reality and to regurgitate twisted numbers by a biased organization dedicated to the 2A’s eradication because of their victimization. They are being exploited for their tragedy, waving the bloody shirt as well as using the authority fallacy.
You want to hear how to ‘solve’ gun violence? You have to talk to physical security experts, social experts who understand motivation, policy setters who can implement these new avenues, and carefully watch the ebb and flow as we try and minimize the availability of violent motivations by providing non-violent and productive outlets.
If that sounds hard… it is.
From The Sun,

When I saw the recent article entitled, “A Supreme Threat of Gun Violence in Second Amendment Fight” and further saw that the author, a Ph.D. scientist working for the Brady anti-gun group, had a son who was shot and killed, I sadly knew two things. The author had suffered tragedy, and no claim of data on his part could be considered credible.

Ponder this. The author claims with certainty that “But data shows that allowing people to carry guns in public with few restrictions is unsafe. Gun crimes and deaths increase dramatically. Research found that states that relax concealed carry laws have a 13-15% higher violent crime rates within 10 years.”

Really? What studies? There are no references. And scientists know how to mention a reference. But here, nothing.

So I did my own study using the FBI database (not the Brady or NRA data). Here is an interesting fact. Here in New England we have an interesting experiment being run. Massachusetts is considered highly restrictive regarding who it allows to carry load firearms in public. Its violent crime rate is 308.8 offenses per 100,000. To the north of us, Maine, New Hampshire, and Vermont all have constitutional carry. Anyone may carry a firearm loaded and concealed. What are their violent crime rates? Maine: 108.6. New Hampshire: 146.4. Vermont: 173.4. In other words, the local states that have the very scheme the author is fear mongering over, are anywhere from 43% to 65% less violent.

To really bring this home, ponder this. Lowell and Nashua, N.H., are minutes away from each other. Lowell has a population of a little over 100,000 people, Nashua has a little less. Lowell has one of the most restrictive firearms licensing in Massachusetts. Nashua has no licensing requirement. Yet Lowell had 270 violent offenses in 2020, 46 of which involved firearms. Nashua had less than half the number of violent offenses at 105, only seven of which were firearms (almost 85% less).

One has to wonder what data this “scientist” ever bothered to look at.