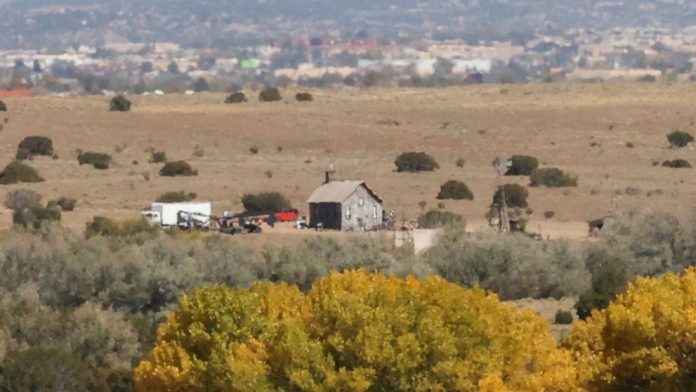 Investigators may have found the source of the live bullet fired by actor Alec Baldwin on the “Rust” set in New Mexico last month that killed cinematographer Halyna Hutchins, according to a new search warrant.

Longtime Hollywood armorer Thell Reed, the father of the film’s armorer, Hannah Gutierrez-Reed, said in a statement to investigators that ammunition once in his possession “may match the ammunition found on the set of Rust,” according to a search warrant issued Tuesday by the Santa Fe County Sheriff’s Office as part of the ongoing investigation.

The new warrant authorized the search of an Albuquerque prop house, PDQ Arm and Prop LLC, owned by Seth Kenney. According to the search warrant affidavit, Kenney told detectives that he was hired to supply “Rust” with guns, as well as dummy rounds and blanks from a manufacturer identified as Starline Brass.

Reed told investigators he brought an “ammo can” with 200 to 300 live rounds to the range, according to the affidavit. “This ammunition was not factory made rounds,” the affidavit stated.

After production ended, Reed told investigators that Kenney took the ammo can and remaining ammo back to New Mexico and told Reed to “write it off” when the armorer tried to get it back, according to the affidavit.

Through his attorney, Kenney denied providing live ammunition to the set.

“Mr. Kenney is fully-cooperating with the authorities, as he has been since the tragic incident took place,” Kenney’s attorney, Adam Engelskirchen, told ABC News in a statement. “Neither Mr. Kenney nor PDQ Arm & Prop, LLC provided live ammunition to the Rust production.”

Engelskirchen said the search warrant affidavit “includes material misstatements of fact, particularly with regard to statements ascribed to Mr. Kenney.”

“Reports in other media outlets that Mr. Kenney was part of the crew of Rust or was employed by the production to provide any sort of supervisory services are patently false,” he added.

Albuquerque ABC affiliate KOAT captured footage of the search warrant being served at the facility Tuesday afternoon. It is unclear at this time what, if anything, may have been seized from the business.

Authorities were looking for several items, including live or spent ammunition; all boxes that may hold ammunition with the “Starline brass” logo for “evidence comparison”; documents related to products, equipment and ammunition supplied to “Rust”; and “any record documented on any media, which establishes and/or tends to establish the state of mind(s), motive(s), action(s) or intention(s) of any person(s) with knowledge or apparent knowledge of a crime(s),” including diaries or videotapes.

Gutierrez-Reed’s attorney, Jason Bowles, called the execution of the latest search warrant “a huge step forward today to unearth the full truth of who put the live rounds on the Rust set.”

“We trust that the FBI will now compare and analyze the ‘live rounds’ seized from the set to evidence seized in the search warrant to conclusively determine where the live rounds came from,” Bowles told ABC News in a statement. ” The questions of who introduced the live rounds onto the set and why are the central questions in the case.”

The fatal shooting occurred on Oct. 21 at the Bonanza Creek Ranch near Santa Fe. “Rust” director Joel Souza was also wounded in the incident.

As the film’s armorer, Gutierrez-Reed was in charge of all weapons on set. Her attorney has stated that Gutierrez-Reed had no idea where the live rounds came from.

Kenney was present on set six days after the shooting to give authorities access to a gun safe on the prop truck, according to the latest search warrant.

Speaking with detectives on Oct. 29, Kenney “advised he may know where the live rounds came from,” according to the search warrant affidavit. “Seth described how a couple years back he received ‘reloaded ammunition’ from a friend” with the Starline Brass logo on it, the affidavit stated.

Investigators initially seized 500 rounds of ammunition from the set — a mix of blanks, dummy rounds and what appeared to be live rounds. Industry experts have said live rounds should never be on set.

No charges have been filed in the case. Santa Fe District Attorney Mary Carmack-Altwies has previously said “everything is on the table” and any decision to bring charges could take weeks or months.