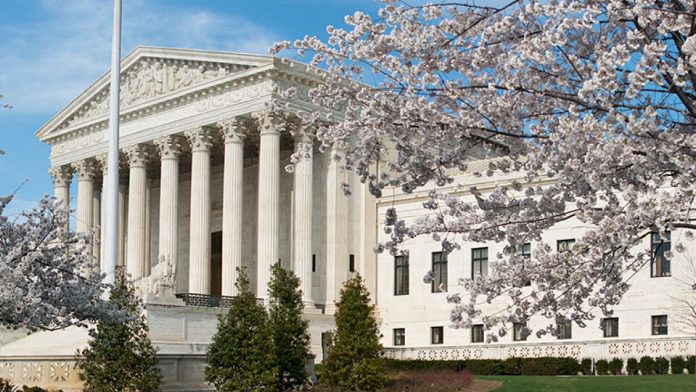 TechDirt has an interesting reminder that certain folks in the media are a, ‘Rules for Thee, but not for ME’

A few years ago the Washington Post (and a bunch of other newspapers) fought and won a fairly important 1st Amendment lawsuit to strike down as unconstitutional a Maryland law that required news organizations to publicly post information about the political ads they chose to carry. The district court and then the appeals court found that the law was pretty clearly unconstitutional:

As the district court noted in a lengthy and thoughtful opinion, Washington Post, 355 F. Supp.3d at 272-306, the Act is a content-based law that targets political speech and compels newspapers, among other platforms, to carry certain messages on their websites. In other words, Maryland’s law is a compendium of traditional First Amendment infirmities.

Specifically, the court found that the compelled speech aspect of the law was particularly problematic:

What’s more, the fact that the Act compels third parties to disclose certain identifying information regarding political speakers implicates protections for anonymous speech. Requiring the press itself to disclose the identity or characteristics of political speakers is a problematic step. See Branzburg v. Hayes, 408 U.S. 665, 709, 92 S.Ct. 2646, 33 L.Ed.2d 626 (Powell, J., concurring) (noting that newsmen faced with a grand jury subpoena are not “without constitutional rights with respect to the gathering of news or in safeguarding their sources”); id. at 725, 92 S.Ct. 2646 (Stewart, J., dissenting) (requiring the press to disclose its sources risks “annex[ing] the journalistic profession as an investigative arm of government”). This country, moreover, has “a respected tradition of anonymity in the advocacy of political causes.” McIntyre v. Ohio Elections Comm’n, 514 U.S. 334, 343, 115 S.Ct. 1511, 131 L.Ed.2d 426 (1995). Much as our forebears elected to hash out the architecture of this nation under the pseudonyms of “Publius” and “Agrippa,” many political advocates today also opt for anonymity in hopes their arguments will be debated on their merits rather than their makers. See id. at 343, 343 n.6, 115 S.Ct. 1511. To be sure, this tradition of anonymity is anything but absolute. But revelations of executive misconduct throughout our history have often been anonymously sourced. And when the government enlists the press to disclose the sources of political speech, thus potentially exposing those speakers to identification and harassment, First Amendment protections and values come into play. See Pac. Gas & Elec. Co. v. Pub. Utils. Comm’n of Cal., 475 U.S. 1, 14-15, 106 S.Ct. 903, 89 L.Ed.2d 1 (1986) (plurality opinion).

The report starts, as any study aimed at restoring trust and truth ought to, by acknowledging reality: “In a free society, a certain amount of misinformation will always exist.” The hope isn’t to punish every exaggeration, piece of propaganda or flat-out lie but to home in on the most egregious damage caused by specific types of mis- and disinformation — by discouraging people from spreading falsehoods and minimizing the fallout when they do. This is easiest in “empirically grounded” areas, in which facts can most clearly be found: public health and election integrity foremost among them.

How do we do it? Some steps are obvious, such as mandating more transparency from technology companies. Platforms should be required, for instance, to publish data about the content, source, targeting and reach of posts seen by large audiences, as well as produce standardized archives of the material they remove or otherwise moderate.

That “obvious” step is exactly what the Washington Post fought in court against and won just two years ago. And, it should be noted that in fighting that Maryland law, the Washington Post trotted out Section 230 as a reason that the law should be pre-empted, but the court went past that and didn’t even bother with the 230 issues, noting that the 1st Amendment was the issue, and it didn’t even need to bother with Section 230.

In some ways, this isn’t surprising. For reasons I don’t fully understand, newspapers seem to have a weird blindspot for the very laws and constitutional rights that protect themselves when there are attacks on those rights on internet companies. The more conspiratorial will insist that this is because news organizations are jealous of the success of internet companies — with whom they often compete for ad dollars. But I think it’s likely to be somewhat more fundamental than that. Institutionally, too many news organizations take such a dismissive view of the internet and the communities created on it, and look at themselves as the “defenders of truth” (hell, the Washington Post’s own bizarre slogan, “Democracy Dies in Darkness” is trumpeted on every damn page). To them, the internet and social media are riff raff — enabling the people who are too stupid for their own good to wallow in disinformation.

And, thus, the only answer must be to mandate these kinds of rules that could and should never apply to the pure giant news orgs. It’s disappointing and hypocritical, but hardly surprising.

Thank you for reading this Techdirt post. With so many things competing for everyone’s attention these days, we really appreciate you giving us your time. We work hard every day to put quality content out there for our community.

Techdirt is one of the few remaining truly independent media outlets. We do not have a giant corporation behind us, and we rely heavily on our community to support us, in an age when advertisers are increasingly uninterested in sponsoring small, independent sites — especially a site like ours that is unwilling to pull punches in its reporting and analysis.

While other websites have resorted to paywalls, registration requirements, and increasingly annoying/intrusive advertising, we have always kept Techdirt open and available to anyone. But in order to continue doing so, we need your support. We offer a variety of ways for our readers to support us, from direct donations to special subscriptions and cool merchandise — and every little bit helps. Thank you.