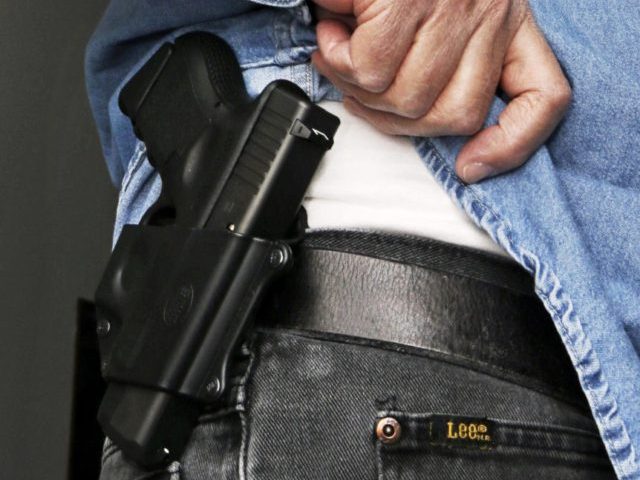 Ohio is considering joining the list of Constitutional Carry States. The state’s House of Representatives are voting as early as next week on a bill that includes constitutional carry legislation, HB227. Representatives believe that citizens, especially in urban areas, need to defend themselves and that passing HB227 assist in that. Read more below for more details on HB227 and what state legislatives have to say about the bill.
From Breitbart:

Ohio’s House of Representatives could vote on a bill as early as next week that will do away with the requirement specifying law-abiding citizens get permits from the state in order to carry a handgun for self-defense.

FOX 19 spoke with Rep. Brinkman about the legislation and he said, “It’s our Second Amendment rights. Government is too restrictive. People deserve their rights.”

He added, “One just needs to look at the gun violence in the city of Cincinnati. The politicians run around in the city of Cincinnati and say ‘oh, violent crime is down,’ but it seems there is a shooting every other night….Law-abiding citizens need to be able to defend themselves. This levels that playing field. It’s not the guns that are the problem. It’s the bad people are using them with abandon.”

Brinkman went on to discuss his confidence that HB227 will pass once it comes to the floor for a vote.

A companion bill is on the move in the Ohio Senate.