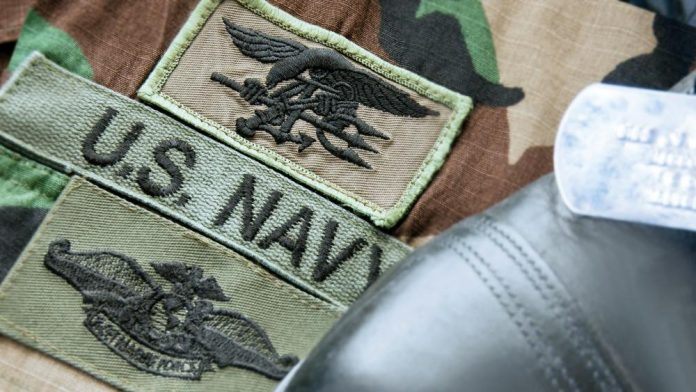 From The Rogersville Review:

Nearly three dozen Navy SEALs and sailors have joined a lawsuit because they say their First Amendment rights have been violated because they were not granted an exemption to the COVID-19 vaccination mandate.

First Liberty filed the lawsuit on behalf of the unnamed SEALs and sailors on Tuesday in the U.S. District Court, Northern District of Texas, Fort Worth Division.

The 26 Navy SEALs, five special warfare combatant craft crewmen, three Navy divers, and one explosive ordnance disposal technician were among the plaintiffs, while President Joe Biden , Secretary of Defense Lloyd Austin , and Navy Secretary Carlos Del Toro were named as the defendants in the suit.

The legal filing explains that the service members have all sought religious exemptions, though the Navy hadn’t granted any as of Oct. 28, according to a spokesperson for the military branch.

Each of the SEALs or sailors are either Catholic, Eastern Orthodox, or Protestant, and as such, they have “sincerely held religious beliefs forbid each of them from receiving the COVID-19 vaccine for a variety of reasons based upon their Christian faith as revealed through the Holy Bible and prayerful discernment,” according to the suit.

“Plaintiffs believe that receiving a COVID-19 vaccine that was tested, developed, or produced using aborted fetal cell lines would force them to violate their sincerely held religious beliefs by causing them to participate in the abortion enterprise, which they believe to be immoral and highly offensive to God,” it states.

Mike Berry, the lead counsel for the service members, told the Washington Examiner in an interview that their case is “actually fairly straightforward,” because, “The only thing the service member has to do is establish that they have a sincerely held religious beliefs and that the government is substantially burdening that sincerely held religious belief, that the government is substantially burdening their free exercise of religion.”

Berry was unaware if his clients had received exemptions for the other mandatory vaccinations required by the military.

The service members don’t object to standard COVID-19 precautions, including wearing a mask, social distancing, regular testing, and teleworking, according to the lawsuit. Additionally, Berry explained that the lawsuit isn’t seeking to get the entire vaccination mandate overturned, rather they are seeking to get the military to approve religious exemptions.

The filing alleges the military violated the service members’ rights under the Religious Freedom Restoration Act, their First Amendment right of freedom of religion, and their rights under the Administrative Procedure Act.

The plaintiffs are hoping the judge will agree that the service members’ rights were violated under the First Amendment, Religious Freedom Restoration Act, the Administrative Procedure Act, and they want the judge to issue a preliminary and permanent injunction barring the military from enforcing the vaccination policy on them.

As of Nov. 3, 95% of active-duty sailors are fully immunized, while 99.3% have received at least one dose. The Navy is requiring active-duty forces to be fully immunized by Nov. 28, though sailors will need to receive the final shot of a two-dose vaccine or a single dose vaccination by Nov. 14 because it requires two weeks to be considered vaccinated.

Five medical exemptions have been approved.