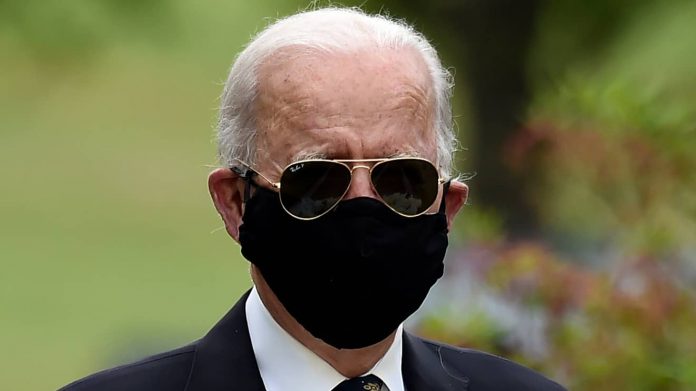 The Biden administration’s attempt to micromanage the health of Americans with its vaccine mandate is unconstitutional, Arizona Attorney General Mark Brnovich said Wednesday, and he likened it to a company telling its employees that they can no longer eat at McDonald’s or drink soda.

Arizona is one of several states suing over the vaccine mandate, which is set to take effect in January. The attorney general has asked for a temporary injunction.

“This is one of several lawsuits going on. Our lawsuit is the first one, and ours focuses on the Biden administration attempting to have federal employees and federal contractors mandate that their employees get the vaccine. We think it’s clearly unconstitutional. The president has no authority in that anywhere in the Constitution,” Brnovich told Fox News’ “America Reports.”

“It sets a very, very dangerous precedent, because at the end of the day, our U.S. Constitution can’t be masked. It can’t be distanced, and it should never be canceled. That’s what the Biden administration is essentially trying to do. They’re using this COVID crisis in order to take unprecedented power that the federal government doesn’t have,” he said.

When asked what harm to employers and employees that the attorney general is worried about, Brnovich said, “The logic of the Biden administration, and this came up literally a few minutes ago in an argument. The Biden administration believes that because of public health reasons and even insurance premium reasons they could essentially do anything they want to government contractors.

“By that logic, you could have Boeing, for example, stop letting their employees eat at McDonald’s or you could have people at Raytheon, the federal government’s telling them they can’t have sugary sodas anymore, so their logic is essentially they want to micromanage the lives of every single person that has– either works for the federal government or has a contract,” he said.

“It’s really really dangerous, because you think about President Obama famously seeing he’s going to use a pen and a phone. Well, apparently the Biden administration just needs that procurement act,” the attorney general said.

“They’re using that authority for the government to contract, to essentially dictate to 100 million Americans how they should live their lives and what they should be forced to put in their body,” Brnovich said, adding that “it’s not only unconstitutional,” but “it’s a violation of the Administrative Procedures Act. The president doesn’t have that kind of authority.”

To top it off, the DOJ is trying to unmask the identity of the federal employee who was anonymously listed in Arizona’s lawsuit as John Doe.

“I would ask all the viewers to think why are they doing that? Because under the law and under the Constitution it’s irrelevant who John Doe may or may not be, but we do know this is the far left, especially the Biden administration – you saw this on the story on Loudoun County – they want to basically define, defame, and shame anyone that disagrees with them,” Brnovich said.

“I think this is an attempt by the Biden administration and his Department of Justice to intimidate people trying to exercise their constitutional rights. It pains me as a first-generation American to think about the fact that we have a weaponized IRS. We have a weaponized DOJ now, and now the Biden administration essentially wants OSHA to basically micromanage you and your personal life,” he said.