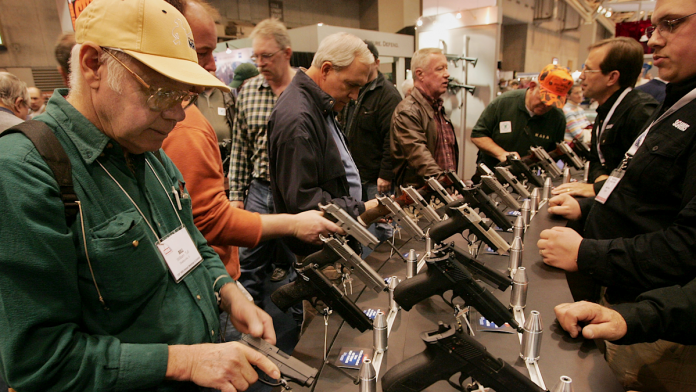 You can always find a group of supposedly ‘on side’ individuals who support the other side of an argument. Gun control is no different.
The state of Missouri is contemplating a 2A Sanctuary law. These laws, on paper, claim to nullify the enforcement of federal gun laws within the state by state and local law enforcement and will in certain instances prevent federal officials from doing so either. These laws have not come under judicial scrutiny yet of the state or local unit of government taking on the federal government and in a case like a serious NFA violation I doubt they would. But something like a magazine capacity ban or ban upon pistol braces are much more likely to elicit the challenge.
From Yahoo! News,

On Sunday, “60 Minutes” reporter Norah O’Donnell examined Missouri’s Second Amendment Preservation Act (SAPA) which claims to invalidate all federal gun control laws and prohibits state and local cooperation with enforcement of those laws. Several members of law enforcement oppose the new law and surprisingly, so do many gun enthusiasts.

“I shoot once a week, at minimum,” said Butler County prosecuting attorney Kacey Proctor. “My kids shoot. My seven-year-old owns multiple firearms. I am all in favor of responsible people owning firearms, and raising their children to own firearms responsibly…What I oppose about [SAPA], and what I would ask for, to be looked at and possibly fixed, is the ability for law enforcement officers to interact with their federal partners, to go after people who are violent in nature and are committing crimes in our community.”

Poplar Bluff, Missouri police chief Danny Whiteley is one of many officers who oppose the new law. Without the aid of the federal government, he believes local investigators lack the data systems and resources to apprehend and prosecute criminals on gun charges.

“Several policemen and sheriffs that we’ve spoken to have told us they think that this law benefits criminals,” O’Donnell told Whiteley. “Is that too strong of a statement?”

State Representative Jered Taylor, who co-sponsored SAPA, was asked by O’Donnell if he would be willing to make some revisions to the law. “I’m not willing to even consider that at this point,” Taylor said. “But of course, I’m always willing to work with law enforcement and, you know, better understand the way that they operate and what they do.”