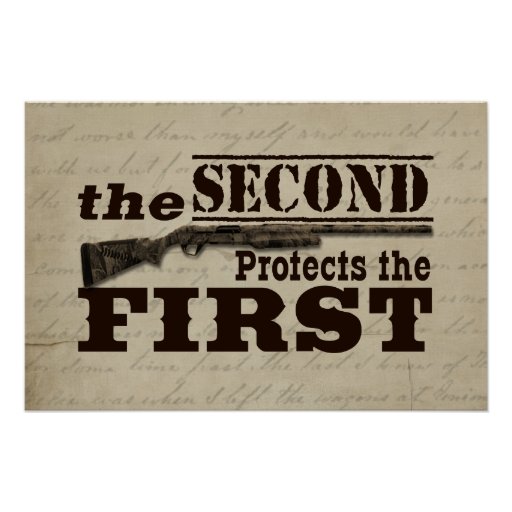 [Ed: This was first published yesterday on Ammoland.com by our friends at the Arbalest Quarrel.]

“I must own, I know not what Treason is, if sapping and betraying the liberties of a people be not treason, in the eternal and original Nature of Things.” ~ John Trenchard (1662-1723) & Thomas Gordon, English Journalists and political theorists of the late 17th and early 18th Centuries, the two writing together under the nom de guerre, “Cato.”

Back in 2003, several years before the epoch-making rulings of the High Court in Heller (2008) and McDonald (2010), the author of a law review article considered whether the protections underlying the First Amendment against censorship can also be applied to the Second Amendment?

The author of that article, David G. Browne, from whom we borrow a few apt words of the title of his article, for the subtitle of our own—“Treating the Pen and the Sword as Constitutional Equals: How and Why the Supreme Court Should Apply Its First Amendment Expertise to the Great Second Amendment Debate,”—writes, in part:

“The First and Second Amendments differ in both their construction and in the nature of the rights that they secure; it seems that the text of the Second supports a more expansive reading than that given to the First. Despite (or perhaps because of) these differences, legal scholars and philosophers have recently started to wonder what justifies giving the Second Amendment a narrow construction at the same time one gives an expansive interpretation to the First? . . . [The] text cannot help, since both amendments are equally susceptible to either narrow or broad constructions. Reliance on precedent also cannot solve the problem since the narrow interpretation of the Second Amendment is not so settled by a series of Supreme Court decisions that it could not be revisited.” ~ from the Law Review Note, “Treating the Pen and the Sword as Constitutional Equals: How and Why the Supreme Court Should Apply Its First Amendment Expertise to the Great Second Amendment Debate,” 44 Wm. & Mary L. Rev. 2287 (April 2003), by David G. Browne.

The author of the above-mentioned law review article could not know, in 2003, that the U.S. Supreme Court would, in fact, revisit the import and purport of the Second Amendment, a few short years later.

And the Court majority did rule, clearly and categorically, that the right of the people to keep and bear arms is an individual right, unconnected with one’s service in a militia.

But let us be clear about this: The salient holding in Heller and McDonald didn’t expand the notion of the right of the people to keep and bear arms. Rather, it simply acknowledged what was always there in the language of the Second Amendment—that the Right to keep and bear arms is an individual right, not an amorphous collective right. It is a right of the people to be enjoyed irrespective of one’s service in a militia. This is a critical point!

It is incongruous to give wide latitude to one Fundamental Right and less latitude to another. To conclude otherwise means the framers of the Bill of Rights intended to place limitations on the exercise of Fundamental Rights. They didn’t. And any suggestion to the contrary is both erroneous and ludicrous. Still, it is an error many academic scholars make, and dire repercussions follow from that error of reasoning.

Politicians piggyback off the error as they conceive of ever more ways to restrict and constrict exercise of Americans’ fundamental rights, with the aim of eventually eliminating all of them, to be repackaged as Government sees fit. Therein, tyranny arises.

But there is nothing in the characterization of the text of any of the Rights set forth in the Bill of Rights to suggest constraints to be attached to one or the other of them.

Thus, we do agree with the author of the 2003 article that it makes no sense to treat the Second Amendment as the poor cousin to the First, but we submit that it is altogether incongruous to infer limiting language of any sort in any of the Rights.

Tyranny of Government proceeds from its failure to heed to the dictates of the Bill of Rights as a set of inviolate, fundamental rights emanating from the will of the Divine Creator.

The United States, conceived as a free Constitutional Republic, is on a collision course with Tyranny and in the most literal sense precisely because of the degradation of the Bill of Rights and because of the arrogance of those in power who have forgotten that they rule at the pleasure of the people.

The author of the afore-cited law review article, hoping for a revitalization of the Second Amendment, in line with the First Amendment, could not have foreseen the irony playing out in the Country today, with the denigration and degradation of both.

The expansive First Amendment has been radically constricted by the power of a seditious Press and a sympathetic technology sector that exerts massive control over information content and information flow.

An Administration that won’t tolerate dissenting speech, most certainly won’t long abide an armed citizenry either.

If “the pen” can be muzzled, then, so too, can “the sword” be broken. This is the hallmark of an Authoritarian or full-bore Totalitarian Nation. Dissent is deemed intolerable and an armed citizenry, insufferable. And the United States, conceived as and constructed as a free Constitutional Republic, with a free and sovereign citizenry, is rapidly degenerating into the founders’ worst nightmare.

We ask, and resolve to answer—

If the vast apparatus of the Federal Government devolves into Tyranny, does that not support a finding that high level officials and officers within it can be charged with and tried for “treason” and suffer the consequences if convicted of it? And, if so, cannot and ought not the American people dismantle a Government that has been irreparably damaged by their treacherous, traitorous servants? And might not the people try once again to reconstruct a Government in the form it was originally designed and meant to be, one surely serving their interests, and truly answerable to them?

— Roger Katz is CEO of Arbalest Quarrel, and an attorney licensed in Ohio & Arizona (formerly New York) focusing on federal and state firearms issues. He has worked in patent, intellectual property, criminal and securities law and has degrees in English, Philosophy, Public Administration & Education. He believes in the sanctity of the Bill of Rights.

All DRGO articles by Roger Katz